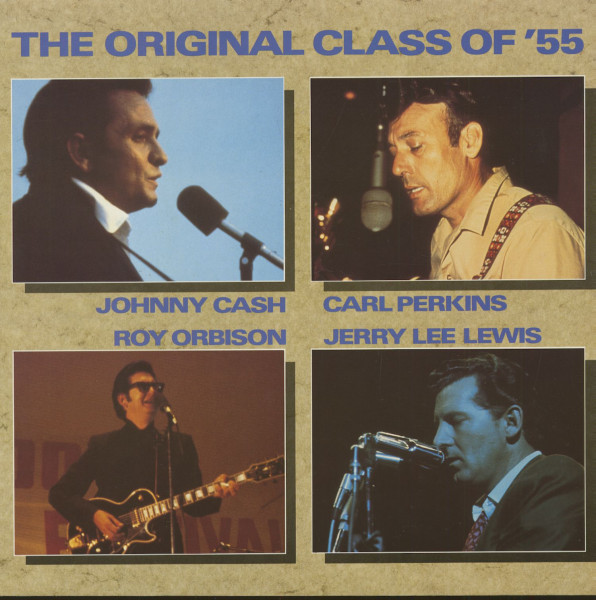 'Alright Boys, Let's do it one more time for Sam.' Those words were used countless times at 706 Union Street, Memphis, Tennessee, the Sun Records studio by none other than Sam Phillips (owner/ producer). One and only one record label can lay claim to the magic of music and talent that evolved during those days and nights of the 50's and early 60's. Sam had the "ear" and the magic to coax great performances from those good old boys fresh off the truck or farm. He made legends, superstars with styles and sounds in all music, from Motown to Munich. But the roots are in Memphis and Sun and the talents of just four of the greats of that time - Jerry Lee Lewis, Johnny Cash, Roy Orbison and Carl Perkins. Call it country jazz, rockabilly, country rock or rock 'n' roll - whatever- its music with style and class, a class of its own. No one will ever have that delivery and way with a lyric like Johnny Cash and who could hope to pump a piano with the touch of Jerry Lee Lewis. Very few vocalists have the voice of Roy Orbison and rock 'n' roll guitar players are still reachin' back to Carl Perkins' guitar licks. These four great stylists are the best at their separate and distinctive talents. A class by themselves - the original class of '55. And they have graduated with honors. Jerry Lee Lewis, Johnny Cash, Roy Orbison, Carl Perkins, all class acts. Billy Self.