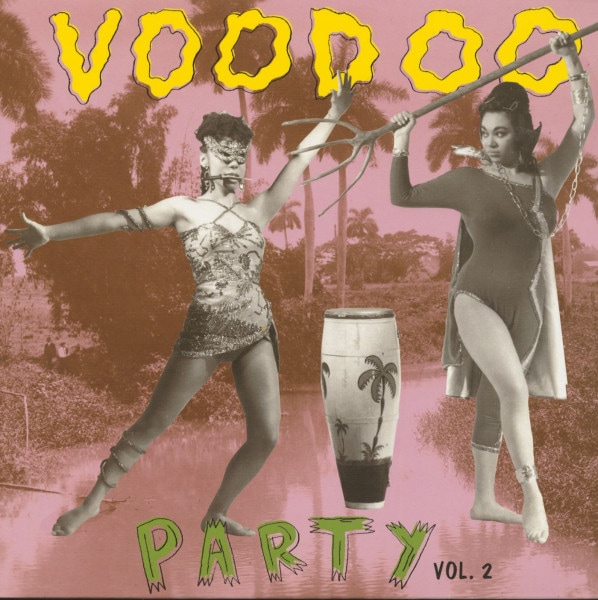 (2014/University Of Vice) 10 tracks - Limited Edition. The second volume of the Voodo Party series compiles original 78s from the 1930s, '40s and '50s. Most of them are by Cuban artists (although Mexican, Spanish and American acts are also featured) who released wild and mysterious Afro-Cuban tracks which could be considered the origin of the genre known as 'Exotica,' popularized in the '50s in a more sophisticated and sweetened manner by artists such as Martin Denny and Arthut Lyman. 'If you need something new to listen to after you've worn out your Las Vegas Grind and Jungle Exotica album series, then this is for you. This series will liven up any party! Artists include: Carlos Molina, Tito Rodriguez, Del Campo, Alberto Iznaga a.o