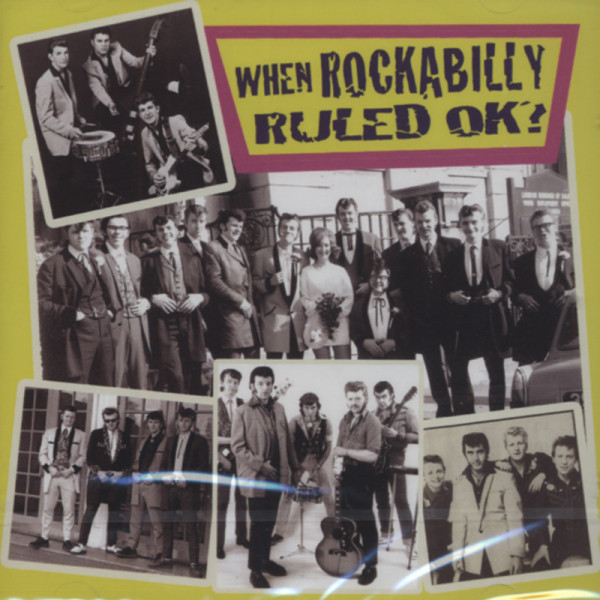 (Cherry Pie) 20 tracks - the original 70s cult recordings with 12 page booklet of notes and rare photos.
This 20 track compilation celebrates 30 years since the UK rockabilly revival. It contains many hard to find and long since deleted tracks, many of which have never been released on CD. The opening track to this compilation ‘Spinning Rock Boogie’ by Hank C Burnette charted in the mid 70’s and was Paul Burnette’s record of the week on BBC Radio 1. Many of these bands went on to have massive chart success including Matchbox and The Jets. Here were showcase their early pre-fame singles. BBC Radio 2 just aired a 1 hour documentary on the subject of the 70’s UK Rockabilly revival and its listening figures were huge. Respected BBC Broadcaster Geoff Barker - who wrote that documentary, has written detailed sleeve notes for this release. This CD should appeal to Rockabilly fans, Rock’n’Roll fans and even many of the older Psychobillies who started out in the huge 70’s revival movement.