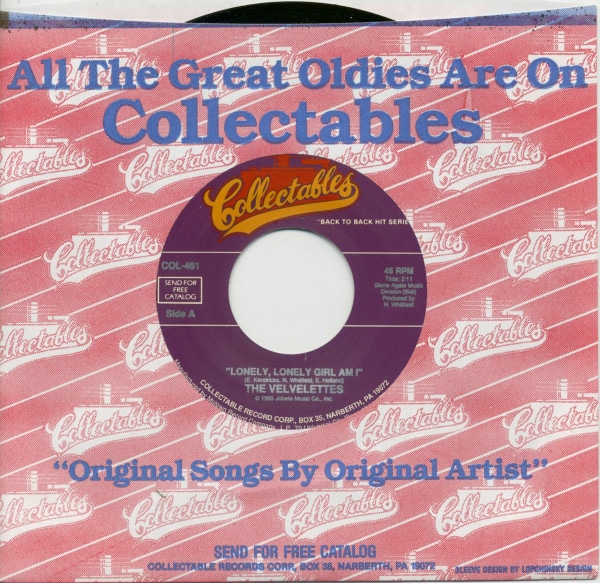 Artikeleigenschaften von The Velvelettes: Lonely, Lonely Girl Am I - A Bird In The Hand... (7inch, 45rpm, BC, CS)

The Velvelettes rolled into Motown one snowy Saturday from Kalamazoo, hoping to audition. A secretary turned them away, but Motown A&R chief Mickey Stevenson recognized cousins Norma and Bertha Barbee from a long-ago 45 he'd produced on their family's vocal group. "He looked at her and said, 'Oh, I've been knowing these girls way back. Come on in!'" says Bertha. "So he did audition us. We were in."

The group came together at Western Michigan University. Along with the Barbees, there was Betty Kelley, Mildred Gill, and her young sister Cal, who was the lead singer. After trying the exotic Les Jolie Femmes on for size, the quintet devised their name while harmonizing in an auto. "Somebody said, 'Boy, the harmony sounds very smooth!'" says Bertha. "Then somebody said, 'Yeah, smooth like velvet!'" A little tinkering, and The Velvelettes were christened. "That's where our name was born, right in a car!"  she laughs.

Though her name doesn't appear in the credits, Norma originated The Velvelettes'  first A side, There He Goes. "I had broken up with a little kid, what we called a boyfriend, at the time," she says. 'I was feeling really sad and lonely, and I sat down at my piano and a lyric came to mind." Oddly, the single came out in 1963 on the IPG label rather than Motown. "I never really understood that myself," says Bertha. Kelley was a Vandella and Mildred was away on maternity leave when The Velvelettes got together with producer Norman Whitfield to work on Needle In A Haystack.

"This was Norman's baby," says Bertha. "When he gave us a song, he would sing the lead, and he'd say, 'You girls just make up a background!' He might have one line that he wanted as a background." They found inspiration in their non-Motown peers. "You remember a group called The Chiffons? 'He's So Fine'?" asks Bertha. "I ain't gonna say 'stole,' but we picked the 'doo-da-langs!'" With 16-year-old Cal Gill's enticing lead and a pounding beat from The Funk Brothers, the irresistible Needle In A Haystack on Motown's V.I.P. logo was a #45 pop hit.

Whitfield also helmed their next big seller in '65, the sassy He Was Really Sayin' Somethin'. "That was the majority of ours' favourite," says Bertha. The allure of domesticity enticed the Barbees to drop out prior to Cal cutting the group's last hit in 1966, These Things Will Keep Me Loving You, with two new members. Gill threw in the towel in '69, the same year she married Monitors lead Richard Street. But The Velvelettes reformed with both Barbees and both Gills in 1984. They've been performing gloriously ever since. 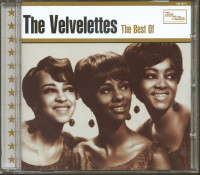