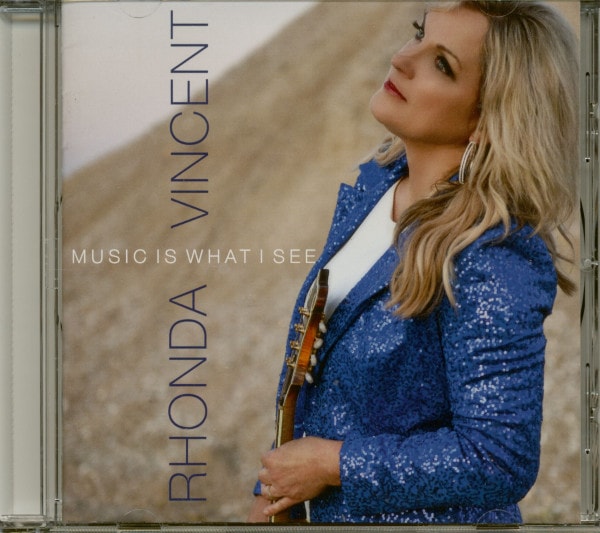 Rhonda Vincent: Music Is What I See (CD)

NASHVILLE, Tenn. - Grammy-winning Queen of Bluegrass Rhonda Vincent receives her eighth Grammy nomination for Best Bluegrass Album, 'Music Is What I See.' The album was produced by Rhonda Vincent & Engineered by Grammy-Winning engineer Joey Crawford. Rhonda's Grammy-winning band "The Rage" shared their world-class musicianship for the project. The songs included were written by writers from the Songwriter's Hall of Fame, Writers of the Year, Grand Ole Opry stars, and the first-ever bluegrass version of the classic "Unchained Melody."

"This is the first time I was able to devote two years to a project," stated Vincent. "It started with riding around Nashville, Tennessee with Grand Ole Opry star Jeannie Seely. Jeannie started singing a song she had just written with Erin Enderlin and Bobby Tomberlin. I instantly loved the song, and found the first opportunity to get in the studio to record it, along with Songwriter Hall of Famer Mike Dekle's "Music's What I See".

"I love that instead of asking me if I'm recording, writers send songs whenever they feel they have a song that would work well for me," Vincent continued. "Mike Dekle does that, and I love it, so does Jerry Salley. I never know when a song might show up, which allows me to be ready to record when I'm going into the studio."

"Music's What I See" became the title song. "Like I Could" became the first #1 song from the album, which was the first single and video released from the project.

"The first session was just four songs. It was the second session that was filled with excitement and the kind of passion and inspiration that only a quarantine could make. Little did we know we would be off the road for many months. So, when we couldn't travel, we finally got together to record. It wasn't easy. I called around Nashville to find a studio that would allow us to record. The Omni was one of the few places open. The Rage and I gathered at the studio with a list of songs, started recording, and there was tremendous excitement in playing music – you could feel it in the session. Everyone was so happy to be there. We were happy to fellowship together again. We had missed our travels on the road, and the old saying that absence makes your heart grow fonder is really true. That absence fostered a wonderful fondness in playing the music we love so much."

"In the studio, we were able to truly capture the feel of each song. Real bluegrass music was the focus. Respect for the tradition of our greatest influences in the music, from Bill Monroe to Larry Sparks ("I'd Like To Be A Train") to The Osborne Brothers. All of our influences came together on one project and through the songs. Aaron McDaris played the "Rocky Top" banjo, formerly owned by Sonny Osborne. The banjo Sonny recorded Rocky Top and many of the Osborne Brothers' greatest songs. Mickey Harris, steeped rich in a musical family tradition, played bass. Twenty-year veteran Rage member and award-winning fiddler, Hunter Berry played fiddle. A multi-guitar player of the year Josh Williams played guitar and mandolin. Newcomer to The Rage Jeff Partin played dobro. Everyone lends their voice to the project, but the bulk of the harmonies were sung by Josh Williams and Jeff Partin. "Everybody Will Be Happy" features everyone. There are also two special guest appearances, one by Tim Raybon, who sings on the song he wrote for the project titled "I'm Still Not Over You." The project ends with the inspiring song "There's A Record Book" with harmonies by The Isaacs, who also received a Grammy Nomination for their latest gospel project.

The most played song is a parody of the Hank Snow song "I've Been Everywhere". Chuck Meade re-wrote the song to say "I Ain't Been Nowhere," this perfect quarantine song will keep you laughing.

"Every song, every note, and every element was carefully chosen, sang, played, and created – two years in the making. After the many hours of singing, playing, and recording, I am so thankful on this Thanksgiving week to say it is now a Grammy Nominated Project!"

"Thank you to everyone who contributed. Thank you to all our friends at the Recording Academy – The Grammys – for this incredible honor."

Artikeleigenschaften von Rhonda Vincent: Music Is What I See (CD) 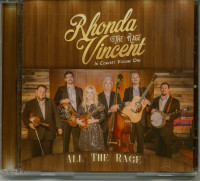 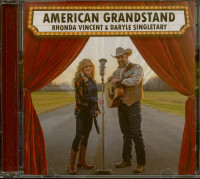 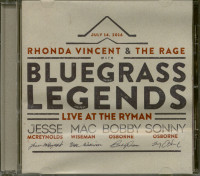