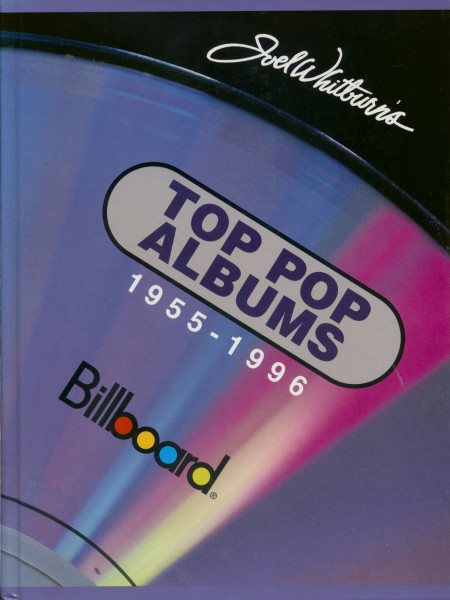 AUTHOR'S NOTE
How do you condense several tons of record albums and CDs, plus 41 years of weekly Billboard charts and an extensive artist biography file into something that weighs less than five pounds? With 100,000 man hours and fine print! All of the separate elements of this book not only take up a tremendous amount of computer space, but also a good chunk of our record vault and offices. At the onset, the task of converting it into a single tome appeared daunting. But it's well worth the effort once you hold the finished product in your hands.

With an unknown amount of words and numbers, this fourth edition of our Top Pop Albums book chronicles every one of the 18,594 albums and 4,484 artists that have appeared on Billboard's Pop albums charts since 1955. Without any essays or analyses, the Billboard chart data tells the story of 41 years of the album in America.

The Billboard Pop albums chart is a direct tally of the public's favorite albums week to week. It is based entirely on sales figures. Anything can make the chart, from death metal to Contemporary Christian. Radio airplay can be inconsequential to an album's placement on the chart as long as enough fans buy it. This is precisely what makes Billboard's Pop albums chart so fascinating. It hosts artists from every musical genre, from Beverly Sills to Black Uhuru.
Study Billboard's Pop albums charts and you'll observe significant pop culture truisms not easily evident on the singles charts. Note the development of stereo with the early '60s proliferation of percussive albums. Witness the fruitful output of artists like Joni Mitchell , Grateful Dead, Joan Armatrading, Led Zeppelin, John Prine and Roy Ayers whose longtime successes on the albums chart far eclipses their singles chartings. Find out each era's popular comedians from Shelley Berman to Jeff Foxworthy. Mark the long history of jazz artists like Dave Brubeck, Miles Davis or Weather Report. Contrast the abundant annual turnout of albums by '60s artists with many of today's artists' three-year spans between albums. Just as an artist endeavors to make an album a complete work, we strive to take each new edition of our Top Pop Albums book forward in its content and presentation. Our primary aim of accuracy requires endless fact checking.

With our complete album collection as the backbone of our research, we again proofed each chart entry against the actual album. We mined our record vault for more interesting title notes and supplemented band bios with the names and instruments of each member, if known. We brought all of the album prices up to date; you will notice some drastic price increases since our last edition. Of the several new features, one of the most enlightening is the bolding of album artists in bios and title notes which serves as an immediate cross reference and is especially helpful when looking at British bands like Black Sabbath. So, whether you choose to scrutinize certain artists or scan the big picture, the information on the next 1,000+ pages yields countless insights into America's taste in music over the years. Best of all, you don't need 1,500 square feet to house this information. It fits on your coffee table.
JOEL WHITBURN