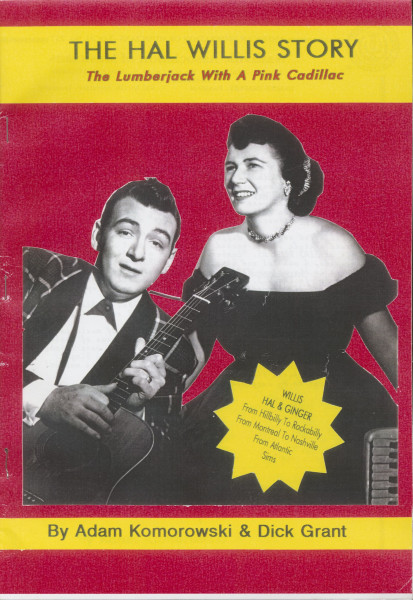 Hal Willis is Canadian. He was born on July 15, 1933 as Leonard Francis Gauthier, in Rouyn-Noranda, Quebec. Hal and his wife Ginger began their musical careers as country artists before switching abruptly to rock 'n' roll singers with songs like My Pink Cadillac and Bop A Dee Bop A Doo.

By the early '60s, Hal was firmly back in the 'Country' mold. The Lumberjack, went to #5 in the US country charts, and reportedly sold over 1.5 million copies worldwide. Nopper The Topper and Klondike Mike followed in 1965, the former reaching #7 and the latter another #1 on Canada's charts.

Willis returned to the U.S. charts in 1966 with Doggin' In The U.S. Mail, a tune co-written with his wife. It peaked at #45. The B-side, also written with his wife, was The Battle Of Viet Nam. Its lyrics speak of "this evil thing away in Viet Nam" that must be nipped in the bud. The song recognizes that there are already war dissenters but argues that Uncle Sam knows best about what must be done.