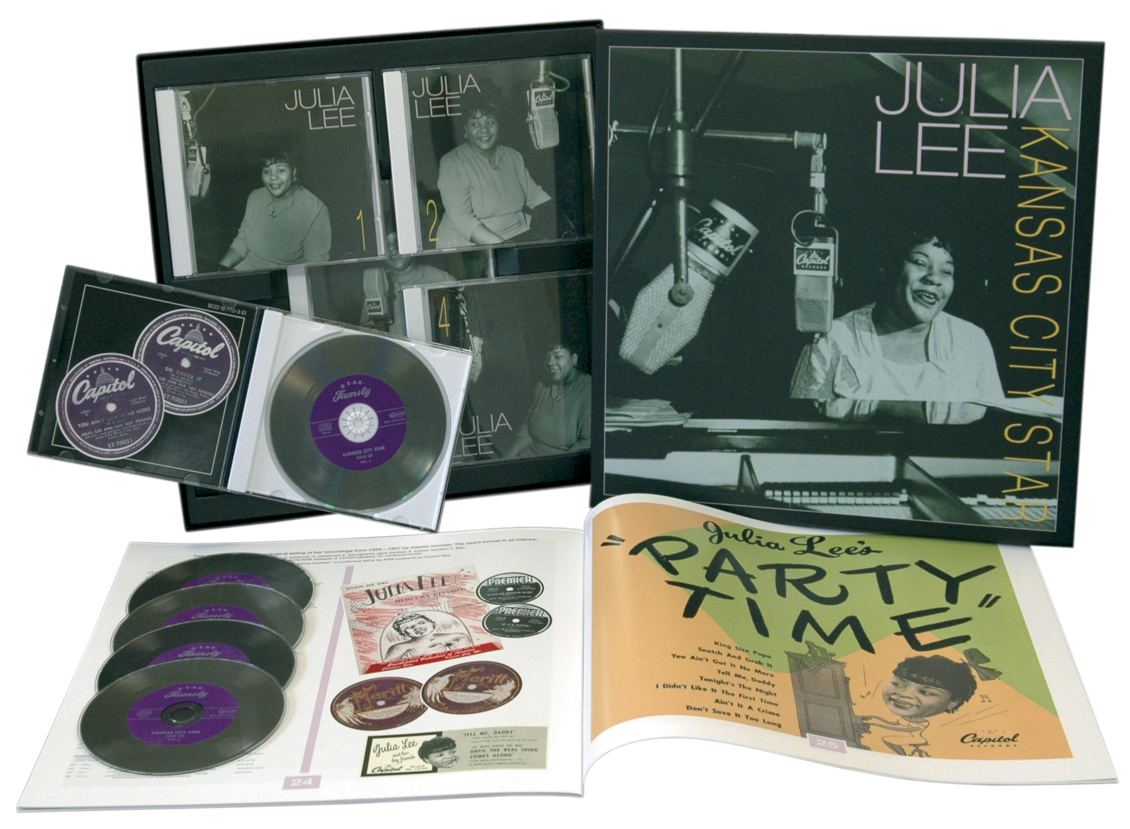 There was no overlooking the obscenity in much of Julia Lee's work, but, until Bear Family released its groundbreaking boxed set ('Kansas City Star', BCD 15770), many thought of it as her defining characteristic. The box revealed an eloquent jazz and blues stylist in the Kansas City tradition. In November 1944 Capitol's Dave Dexter took Julia Lee (1902-1958) into a KC studio and supervised her first Capitol session, on which she was accompanied by Jay McShann. The recordings were included in a 78rpm Capitol album, 'The History Of Jazz.' Before the album aroused any attention, Lee recorded a session for H.S. Somson's St. Louis-based Premier label with a band led by Tommy Douglas, an alto player who reportedly influenced the young Charlie Parker. With its stop-time verses, If It's Good swings mightily, and Somson later sold the entire session to Mercury. By the summer of 1946, deejays had pulled Julia's 78 from 'The History of Jazz' and played both sides more than any other selection. Responding to the demand, Dexter signed Lee to Capitol and brought her to Hollywood. (With grateful acknowledgments to Bill Millar's notes for 'Kansas City Star').