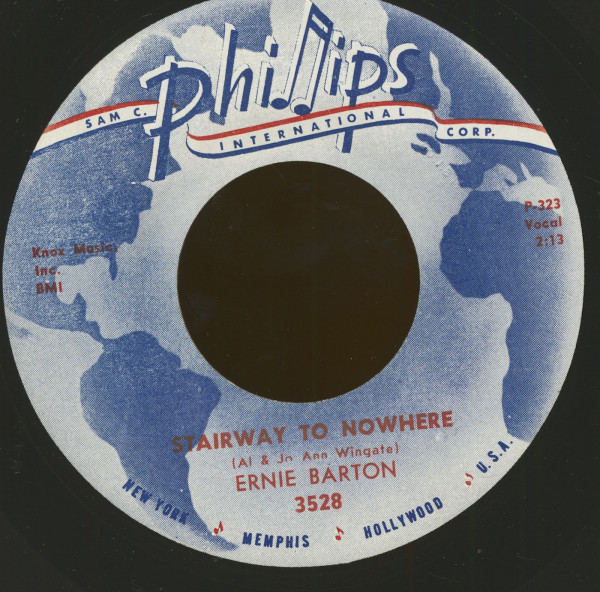 ERNIE BARTON was a jack-of-all-trades at Sun: producer, songwriter, musician, and featured artist. Spectacularly unsuccessful in every role, he was quickly turfed out. Ernie is a native Floridian.

His father was a sea captain, and he was born in Tallahassee in 1930, and raised in Daytona Beach. Elvis convinced Ernie that Memphis was the place to be, so he sold his house in Daytona Beach and built another in the Memphis suburb of Frayser. One of Ernie’s first efforts at Sun, She’s Gone Away, had a spiky, brooding quality that should have earned it a place on the release schedule.

There are no dates on the tapebox, but it was probably recorded circa 1957. Ernie finally got a record out on Phillips International in 1958, and the following year he convinced Sam Phillips that he should take over from Jack Clement and Bill Justis as in-house producer/arranger.

He married a Little Rock lawyer, Bobbie Jean Farrabee, who also recorded for Sun, but they both ran afoul of Sam Phillips at some point in 1960. Ernie eventually moved on to Midland, Texas, but when we spoke in 1987 he was studiedly vague about what he was doing there.