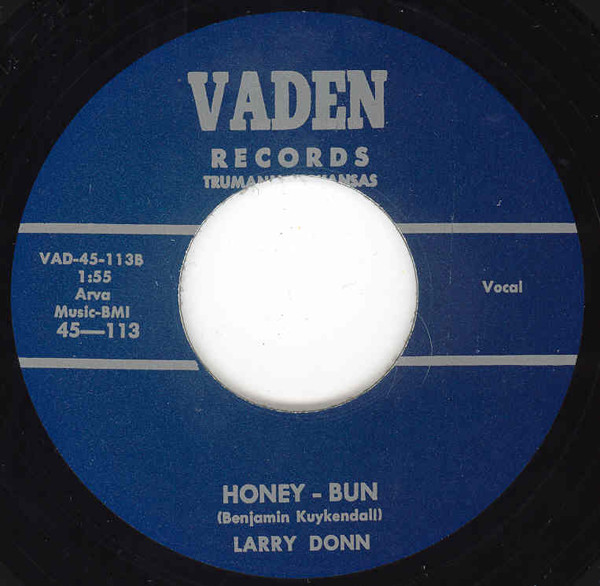 Artikeleigenschaften von Larry Donn: That' What I Call A Ball - Honey-Bun (7inch, 45rpm)

It could be that this album was originally going to be titled Gimme That Good Old Southern Rock'n'Roll, as this name appears on the back cover.  It was recorded at Kennett Sound Studio in Kennett, Missouri between January 1976 and April 1978.

Recorded at Moon Studios in Croydon, England on 9 May 2000 during a UK and European tour.  Here Donn is backed by Rob Glazebrook (guitar), Wayne Hopkins (bass) and Ritchie Taylor (drums).