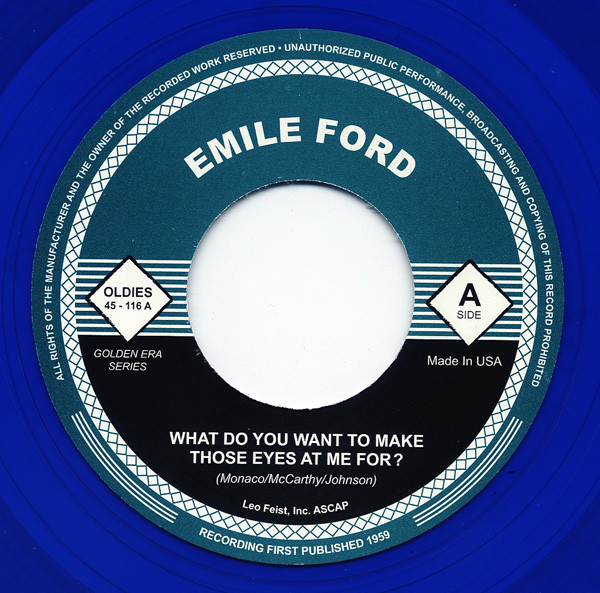 Emile Ford. British rock was pure white until 1959 when a shy West Indian, Emile Ford, rocketed in and out of favour. Born Emile Sweetnam in Nassau in 1937, he was discovered playing in London coffee bars and decked out with a repertoire similar to Fats Domino's (swinging standards).

He had a backing group, the Checkmates (originally comprising his brother George, John Cuffley and Ken Street), and their first record, 'What Do You Want To Make Those Eyes At Me For?', was a million seller. Follow-ups, however, made little impression, and Ford's career was over in less than a year.

After dabbling in record production he moved to the Continent and still turns up occasionally on rock'n'roll revival shows.