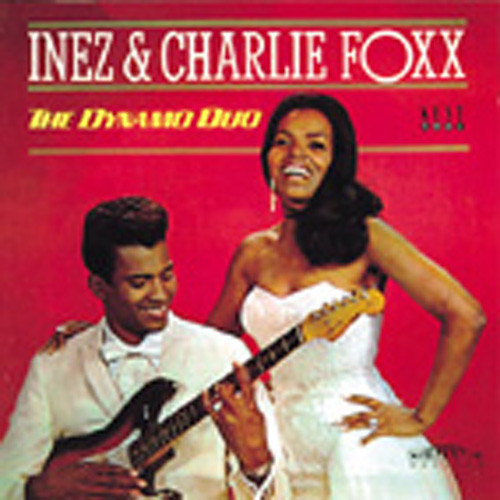 Juggy Murray's New York-based labels seemed to have a thing for attractive duos where the lady did the sexy singing and the dude sported a high processed hairdo and wielded a mean guitar. In 1960, Ike & Tina Turner debuted with their grinding, gritty A Fool In Love, the first of their string of hits for Juggy's Sue logo. Then in 1963, Inez Foxx burst onto the scene, delivering the singsong novelty Mockingbird in tandem with her brother Charlie, and that was a smash too, this time for Symbol.

The photogenic pair hailed from Greensboro, North Carolina. Inez sang with The Gospel Tide Chorus before the pair moved to New York. They soon signed separate pacts with Brunswick, Charlie cutting a solitary '59 single as Chuck Johnston & The Jaycees and his little sister making a pair of 1960-61 45s as Inez Johnston (looks like Foxx was a stage name). Murray billed Inez as a solo on Symbol on their '63 smash Mockingbird as well as her lesser follow-up charters Hi Diddle Diddle, Ask Me, and Hurt By Love.

Inez married Luther Dixon, who had produced a slew of hits by The Shirelles and Chuck Jackson at Florence Greenberg's Scepter/Wand Records. When Dixon moved over to Musicor Records in 1966, Inez naturally came along. Charlie finally got his co-billing on their Musicor hit No Stranger To Love, and when Luther was named head of Musicor's Dynamo subsidiary, the duo switched with him, charting in 1967 with a dramatic revival of Jerry Butler's I Stand Accused and Charlie's You Are The Man.

Charlie produced the duo's top Dynamo seller, (1-2-3-4-5-6-7) Count The Days, given a surging mid-tempo arrangement by Richard Rome and Musicor staffer Jerry 'Swamp Dogg' Williams and writer's credit to Charlie, uptown soul crooner Brooks O'Dell, and Jerry's wife Yvonne Williams. Charlie does the counting and Inez does the rest, thoroughly torching the theme. Count The Days climbed to #17 R&B and #76 pop. Musicor also overdubbed Gene Pitney over the very same backing track (Charlie was still doing the counting) and placed it on his '68 LP 'She's A Heartbreaker.'

By the time of their final Dynamo hit together in 1971, Charlie and Inez had gone their separate ways. She hooked on with Volt Records in Memphis as a solo (for real this time), posting a pair of low-end R&B chart entries in 1973-74 before fading from the scene. Charlie died September 19, 1998 of leukemia.