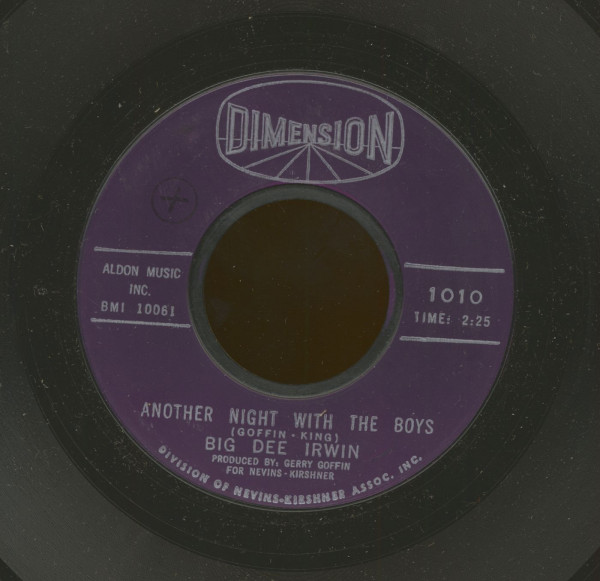 Big Dee Irwin: Another Night With The Boys - Swinging On A Star (7inch, 45rpm)

Artikeleigenschaften von Big Dee Irwin: Another Night With The Boys - Swinging On A Star (7inch, 45rpm)

was born on August 4, 1939, in New York. Five years before his 1963 British Top Ten duet with Little Eva, 'Swinging On A Star' Irwin made the American Top Thirty as the lead singer with the Pastels — Richard Tavers, Anthony Thomas and B. J. Willingham — whose lovely bal-lad, 'Been So Long' was purchased from Mascot by the Chess subsidiary, Argo, in 1957.

As a soul singer, Irwin re-corded prolifically — with discs on Hull, Bliss, 20th Century, Fairmont, Rotate, Redd-Coach, Imperial, etc. — but he is best known as a writer — under his real name, Defosca Ervin —and more recently as a producer for Ripple