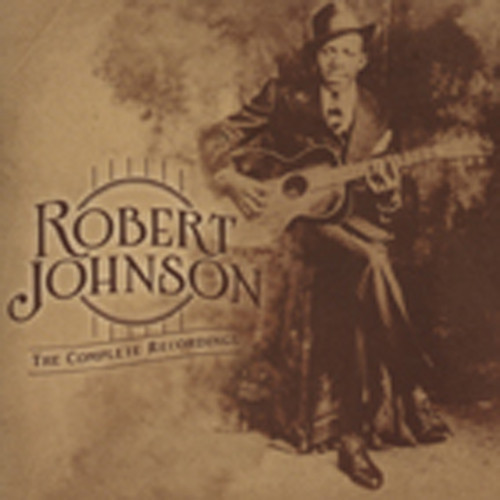 Robert Johnson, often cited as the greatest, most expressive and harrowingly poetic blues singer ever to record, remains to this day a figure firmly shrouded in mystery. The only hard fact is that he cut some 29 songs during the years 1936-7. They are all gripping, magnificent performances that stand unrivalled in blues history. These recordings —Johnson's songs and the manner in which they were per-formed — represent the ultimate flowering of the Mississippi blues style.

He died in 1938 at the age of 26, probably as the result of poisoning by a jealous girlfriend. Many rock bands have recorded Johnson's compositions including the Rolling Stones .(`Love In Vain'), Cream (`Crossroads' and 'From Four Till Late') and John Mayan's Bluesbreakers Must My Blues' and 'Rambling On My Mind').