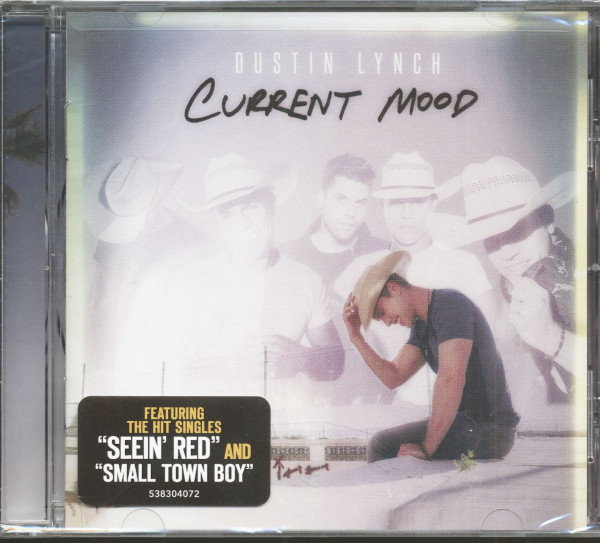 (2017/Broken Bow) 13 Tracks - Featuring the hits 'Seein' Red' and 'Small Town Boy'!
-
The third album from the country music artist. Only in country music does an artist reveal their new album with a party at an acclaimed distillery, and that's precisely what Dustin Lynch and his team did for the official unveiling of Current Mood, at the George Dickel Distillery. The location was fitting as much as it was exciting; seeing as the country star grew up just minutes from the famous distillery in his native Tullahoma, Tenn., bringing his career full circle as he pulled back the curtain on a special project created from a compilation of growth, friendships and even heartache. "I went about this album in a completely different way than I've done the previous two," he explains. "It was kind of a slow process. I wanted each song to be special to not only me, but also the producer. It's a collection of songs and a chapter of my life that I'm proud of and excited to share."