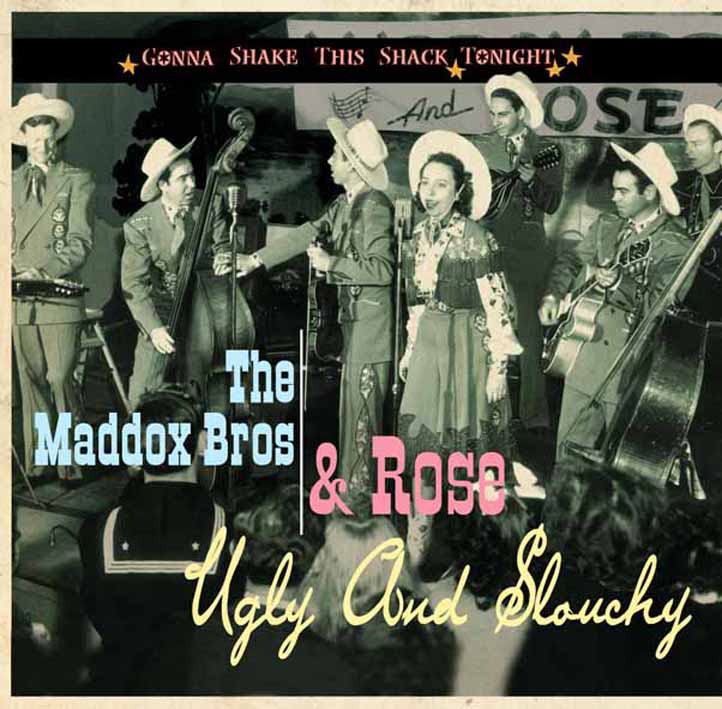 Loved by Hank Williams, Johnny Cash and Elvis Presley, it would be hard to come up with a musical group more influential than the Maddox Bros & Rose in the bawdy birthing of rock 'n' roll music in the 1950s.

What is true about the Maddox Bros & Rose is that their music, a rough and rowdy blend of hillbilly boogie, western songs and medicine show hokum, was a powerful spark of inspiration to the first wave of rockabillies and rock 'n' rollers—from their wild stage costumes to their fleet of Cadillacs, the Maddox Bros & Rose were rock stars before there was such a thing.

In what has become a most ironic twist of fate, their record of The Death Of Rock And Roll (included here), meant to parody Elvis, has become their most revered recording in rockabilly circles, rightly given credit as an excellent example of the genre!

The compilation presented here is a selection of the Maddox Bros & Rose hottest recordings for Columbia Records, from their very first Columbia session in January of 1952 to the last secular recording the group ever did in August of 1957 before Rose went solo and the family assemblage disbanded.

For rockabilly and hillbilly boogie fans, this is the ultimate collection to have. If you want a more complete representation of what the Maddox Bros & Rose were really about, it is recommended that you check out the Bear Family box set 'The Most Colorful Hillbilly Band In America' (BCD 15850), a 4 CD collection that contains their entire Columbia recorded legacy. If you are the type of fan who wants to hear absolutely everything, it's also recommended that you check out their earlier recordings from the 4-Star label (which many fans consider their best recordings), and their live radio transcriptions, which have been expertly reissued by the Arhoolie label. Lastly, Bear Family has also released an excellent box set, 'The One Rose' (BCD 15743), which contains Rose Maddox's entire solo output from the Capitol years of the late 1950s and 1960s.

The Maddox family saga is one that has been told and retold many times, and is the stuff of legend. As writer Robert K. Oermann wrote, "They didn't have to read John Steinbeck's 'The Grapes Of Wrath,' they lived it."

The Maddox clan (and indeed, they were more a clan than family) hailed from the scrubby mountain area of Northeast Alabama, where their father Charlie and mother Lula sharecropped and set up camp near the small town of Boaz (only 39 miles away from Section, Alabama, birthplace of the Louvin Brothers, and only 70 miles away from Hank Williams' birthplace of Mount Olive West, Alabama).

Cliff was the eldest son, born in 1912, followed by the senior sister, Alta, in 1914, Calvin followed in 1915, Fred in 1919, Don in 1922, littlest  sister Rose in 1925, and finally baby brother Henry in 1928. The family lived in the poorest of conditions imaginable, though not atypical for the still economically depressed area. They led a hand to mouth existence of working the land, without the benefit of running water or electricity. 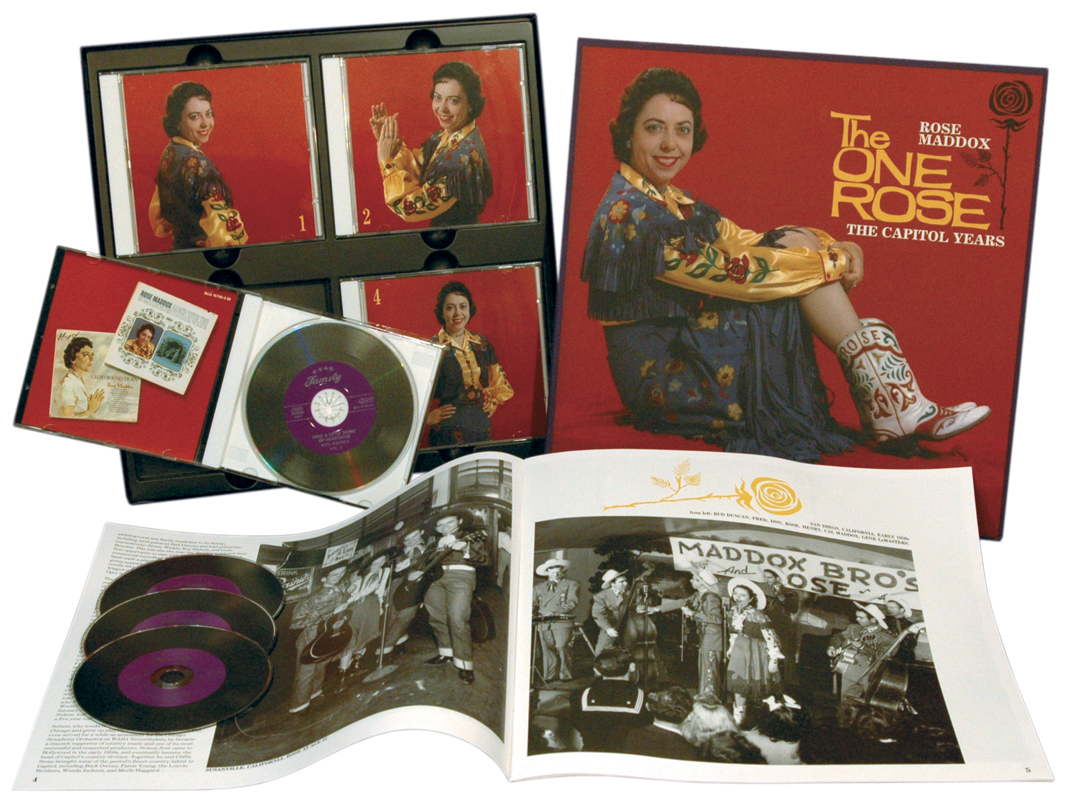 What differentiated this family from the tens of thousands of similar poor, southern families of the era, was the matriarch of the Maddox household. Lula Maddox was quite simply unique among her peers, ruling the household with a dominance that extended not only to handling financial aspects of the family business, but also to discouraging her children from marrying or leaving the fold.

Lula came up with the idea, mostly from reading dime store novels, that the family should move to a mythic place called California, where gold literally grew on trees, and she held fast to this notion for years, until she finally convinced the family to venture west in 1933.

Predating the enormous 'Okie' migration by several years, the Maddox family headed west with $35 they made from selling the few possessions they owned. Hitching rides, walking, and chiefly riding in boxcars with hobos and drifters, the Maddoxes made it to Los Angeles in a few weeks time, with days off spent working odd jobs to feed the family sufficiently for the next section of the journey. From Los Angeles, the family headed north to satisfy Lula's dream of working what she called "the gold fields of Sonora."

What they found instead were more impoverished families like themselves, all looking for the promise of a better life. The Maddoxes soon found themselves living in a depression-era phenomenon known as the Pipe City of Oakland, a construction area with many large drainage culvert pipes, where families set up living quarters within the curved sections of unused pipe.

A famous picture from this time was published in the 'Oakland Tribune' on April 11, 1933. The family's plight was published with a characteristic Dust Bowl sepiatone photograph of the five children with Charlie and Lula, and a caption that read "Family roams U.S. for Work."

From here the family settled into a migrant farming lifestyle around their next adopted hometown of Modesto. Now known as 'fruit tramps'  and wrongly called 'Okies,' (a derogatory designation on a par with the term 'nigger' at that time), they slept in tents on the cold ground while following the fruit picking harvests around central California's San Joaquin Valley.

While music had always played a role in their lives (being one of the few free forms of entertainment available to dirt-poor laborers like the Maddoxes), it took the wily mind of middle son Fred Maddox to envision the family as a professional music outfit.

They had little more than a single guitar amongst them, with no experience playing as a band, when Fred decided the way to escape manual labor was to go professional as a music group. With Mama Lula's help, Fred approached the Rice Furniture Company in Modesto about sponsoring the Maddox Brothers to perform on local station KTRB radio.

Fred was always able to charm his way into any situation, and he sold the owner on sponsoring the group—with one hitch. The owner insisted that the group have a female singer. Without missing a lick, Fred promised the owner that their younger sister Rose was the greatest female singer in the history of music, and they got the job. What he had neglected to mention was that Rose was only eleven years old and had done little singing besides some hollering out in the fields and around the campfires!