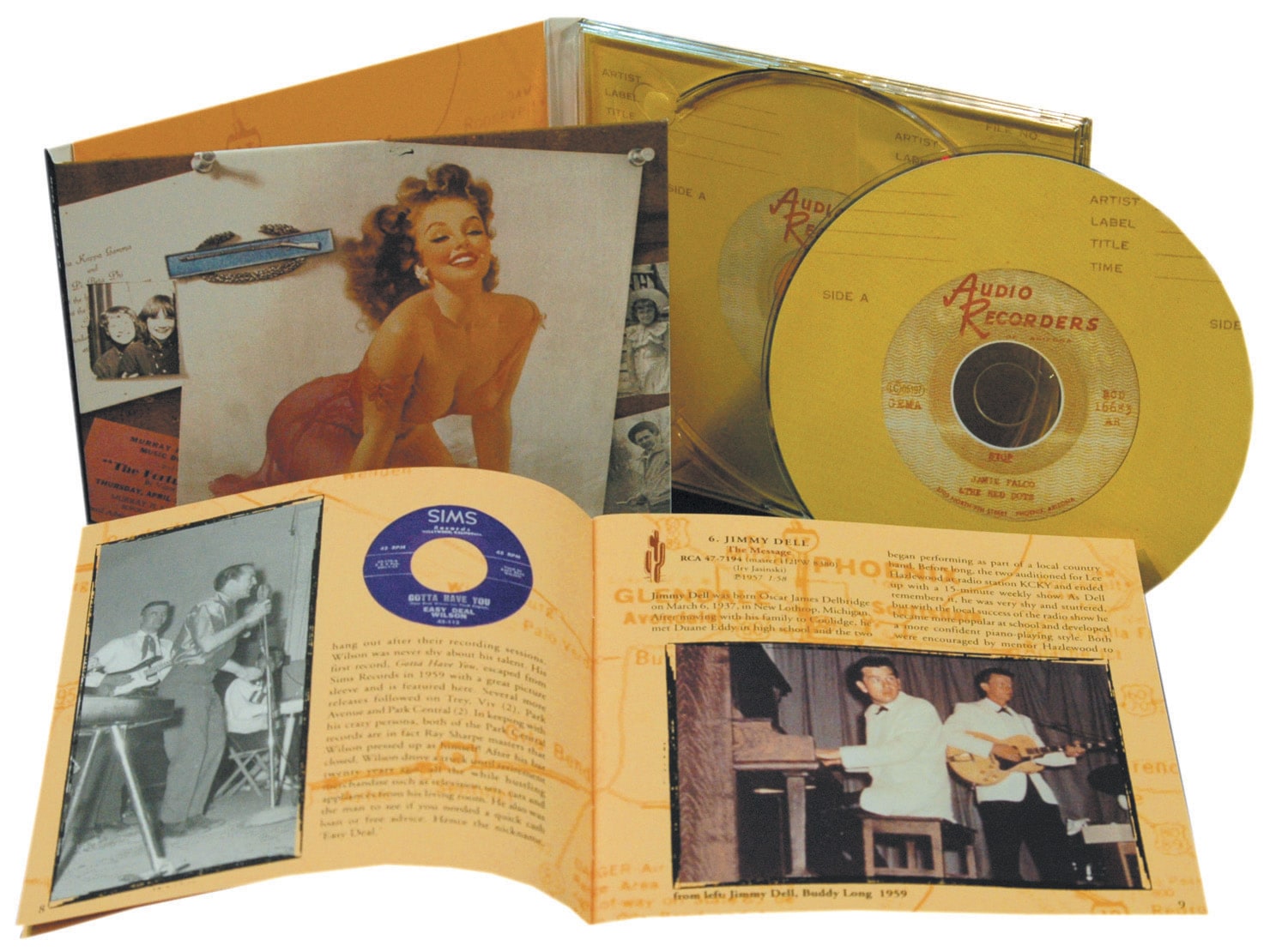 We have to include singer Gene Maltais again so we can hearLovemakin', the flip of his groovin' The Bug from Volume One. Now this is a great double-sider that really captures the excitement in the studio with a nice Al Casey guitar break. Based in Concord, New Hampshire, Maltais traveled to Nashville to wax Crazy Baby for Decca. That song disappeared when Gene forgot to sign with a big concert promoter recommended by the label. Oops. Not to be discouraged, he headed west to Hollywood, California, where he wrote several songs for Aladdin Records, among other adventures. As he drove back toward his New Hampshire roots, he stopped in Oklahoma just long enough to get the bum's rush out of town. After a short spell back home, he decided to give the West Coast another try and made it as far as Phoenix and the tiny Ramsey's Recording Studio. There he auditioned, and, after flashing a copy of his Decca platter, jumped into the studio with Casey and the gang to record three sides, including The Bug and Lovemakin'. Both of these songs were scheduled for release on REV Records, but for some reason ended up on the New York City based Regal label in early 1958.

Various Rockin' And Boppin' In The Desert Vol.2