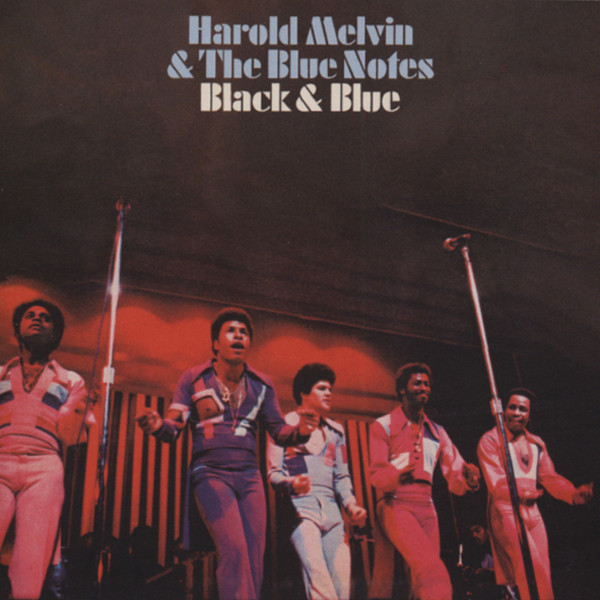 Harold Melvin And The Bluenotes

If You Don't Know Me By Now

Harold Melvin And The Bluenotes

If You Don't Know Me By Now

It had been a long, tough slog for Harold Melvin and The Bluenotes. They’d toured the lounge circuit for years, all-purpose entertainers that could hold a crowd. When Melvin brought gospel-drenched front man Teddy Pendergrass into his organization, Harold soon found himself in a much higher tax bracket.

Actually, the Blue Notes (original spelling) predated Melvin. They formed in North Philly in 1954 as The Teardrops, changing their handle a couple of years later in homage to a local lounge. Five victories on the Apollo Theatre’s weekly amateur contest got The Blue Notes manager Benny Burleigh, who snared a contract for them with Josie Records. Tenor Franklin Peaker led their ’56 debut single, If You Love Me (Really Love Me). When baritone Roosevelt Brodie was drafted in 1958, tenor Bernard Williams brought Melvin in to replace him. Born June 25, 1939, Harold had been singing with a local outfit, The Charlemagnes.

Organist Doc Bagby got the quintet signed to Philly’s Val-Ue Records, which pressed up their operatically rooted Peaker-led My Hero. It was their first national hit, a Top 20 R&B seller. After a few unsuccessful 45s for minuscule concerns, the group splintered. Peaker, Williams, and Brodie formed The Original Blue Notes and made a mid-decade single for Harthon. Melvin transformed another local group, The Chordsteppers, into a new edition of The Blue Notes, front-billing himself. They waxed Get Out (And Let Me Cry) for writer/producer Richard Barrett and Landa Records, John Atkins assuming lead duties, and had themselves a national R&B hit in 1965.

Young drummer Teddy Pendergrass was primed for stardom. Born March 26, 1950 in Philly, he grew up with a strong gospel grounding, yet loved the R&B so prevalent on the streets of North Philadelphia. He was deemed ready to record by Gene Lawson in 1966, when 16-year old Teddy cut Angel With Muddy Feet for the producer’s Uplook label in an Englewood, New Jersey studio. At 18, Teddy hit the road as singer Little Royal’s drummer before returning home and landing a gig playing behind a phony group of Cadillacs. Melvin caught their act at Philly’s High Line Club and drafted the whole lot to be his latest batch of Bluenotes. Three of them eventually quit, so Melvin promoted Teddy to singer.

Rehiring former Bluenotes Larry Brown and Bernard Wilson and ex-Epsilon Lloyd Parks, Melvin polished his latest recruits during constant touring. When Kenny Gamble and Leon Huff beckoned one night at an engagement, Harold Melvin and The Bluenotes got in on the ground floor at Philadelphia International Records. Cutting their self-titled debut LP at Sigma Sound, the group‘s first single, I Miss You, had Teddy’s baritone out front. Part 1 climbed to #7 R&B in mid-’72.

The majestic ballad If You Don’t Know Me By Now did far better. Once again, Pendergrass unleashed his rafter-rattling pipes (The Dells’ Marvin Junior was one of his idols, and it showed) on a Gamble and Huff copyright boasting a lush Bobby Martin arrangement. Late that year, they had themselves a #1 R&B smash that crossed over to #3 pop and earned a Grammy nomination.

House drummer Earl Young’s loose hi-hat and relentless bass drum represented the initial harbinger of the disco era in 1973 on Melvin and The Bluenotes’ unstoppable The Love I Lost (Part 1), their second gold R&B chart-topper. They had an especially good time in ’75, Pendergrass roaring Bad Luck (Part 1) and the uplifting Wake Up Everybody (another #1 R&B entry). Melvin featured Sharon Paige on their other R&B chart-pacer that year, Hope That We Can Be Together Soon. That same year, a frustrated Teddy Bear left The Blue Notes to launch a fabulously successful solo career that came to a temporary halt on March 18, 1982, when an auto accident left him a paraplegic. Teddy battled back from his injuries to make more major hits for Asylum, including the #1 R&B smash Joy in 1988. He died January 13, 2010 in Philadelphia.

With Paige playing a prominent role, Melvin recast his Blue Notes (David Ebo was Teddy’s replacement) and kept on climbing the R&B hit parade, all the way into 1984. He died March 24, 1997 after suffering a stroke. At last word, Parks is the only surviving Blue Note from the group’s glory days.