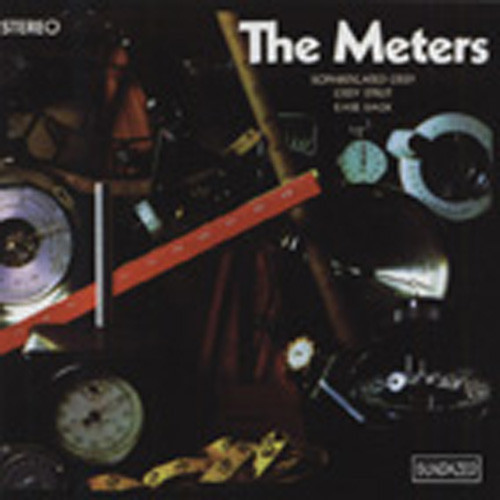 Before they released this self-titled first album in 1969 on the Josie label, the four New Orleans musicians who comprised the Meters had spent several years serving as producer Allen Toussaint's house band and backing the likes of Lee Dorsey, Chris Kenner, Earl King and Betty Harris. By the time they struck out on their own, keyboardist Art Neville, guitarist Leo Nocentelli, bassist George Porter Jr. and drummer Zigaboo Modeliste were a well-oiled machine whose earthy grooves and intricate rhythms set a standard for Crescent City funk that's never been matched.

This classic debut, produced by Allen Toussaint, features the Meters' instrumental hits "Cissy Strut" and "Sophisticated Sissy," and covers of tunes by Sly Stone, Burt Bacharach and the Classics IV, along with a pair of previously unreleased bonus tracks.

The second-line parade beat powering so much of New Orleans' R&B legacy was at the heart of The Meters' groovemaking exploits. Organist Art Neville, guitarist Leo Nocentelli, bassist George Porter, Jr., and drummer Joseph 'Zigaboo' Modeliste took their highly infectious instrumentals to an even funkier realm than previously envisioned, reinvigorating the entire Big Easy recording scene in the process.

Neville, born December 17, 1937 in the Crescent City, was the most experienced. He had pounded his aunt's piano at age nine. "Professor Longhair and Fats Domino and Ivory Joe Hunter, that's who I listened to," says Art, who joined The Hawketts at 15 and fronted their Mardi Gras Mambo for Chess in early '55. "We were the hottest group in the city at the time," he claims. Neville made some great rock and roll on his own on Specialty from '56 to '58—Oooh-Whee Baby, Cha-Dooky-Doo, What's Going On—and crooned Allen Toussaint's lovely ballad All These Things for Instant in '61.

Things slowed down after that. "I just didn't bother about playing, right before we put The Meters together," says Neville. "Art kind of went around and handpicked that band from different bands around the city," says Porter, who had been with Irving Banister & The All Stars. Leo came over from Sam & The Soul Machine, and Zig had been a sub for a previous drummer. "When he came back, he heard Zig playing with the band, and he just never asked for his gig!" says George.

Originally billed as Art Neville & The Neville Sounds (Art's brothers Aaron and Charles were also involved), the band was scouted by Toussaint and his partner Marshall Sehorn at a joint called the Ivanhoe. They pulled them in the studio to wax the funk-oozing instrumental Sophisticated Cissy , a national hit on New York-based Josie Records. "It kind of lingered around the charts, and Marshall and them got kind of worried, so he released 'Cissy Strut,'" says Porter, whose bass line, played in unison with Leo's axe, locks in with Zig's second-line traps in a pure distillation of New Orleans funk. Art has his say later on organ, albeit a brief one.

The Meters were a fixture on the R&B charts into 1971 on Josie with such anthems as Ease Back, Dry Spell, Look-Ka Py Py, Chicken Strut, and Hand Clapping Song. They eventually added Art's brother Cyril as vocalist, and had more success in '74 with Hey, Pokey-A-Way for Reprise before breaking up rather acrimoniously in 1977 when the Nevilles formed their own family band. Happily, there have been Meters reunions in recent years—and the funk they dish out still drips as easy as ever. 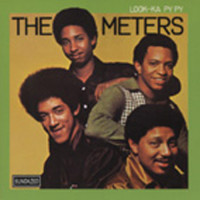 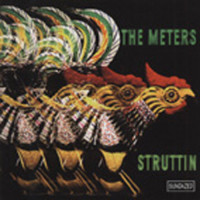 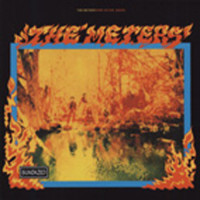 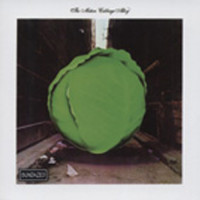