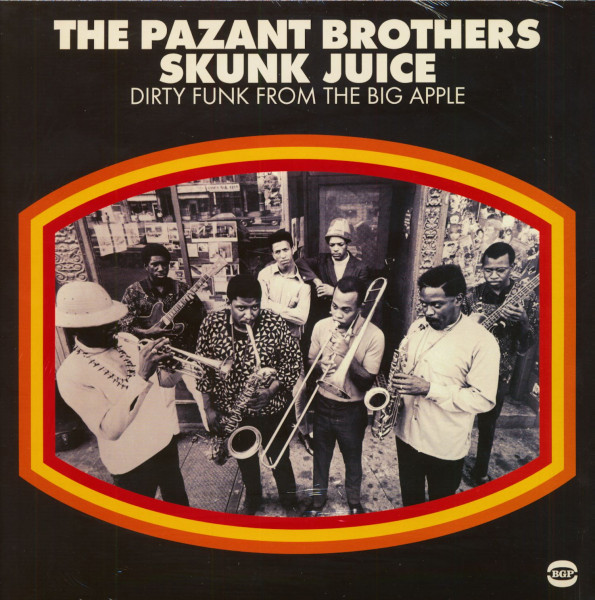 (2017/BGP) 12 tracks of horn-led funk from one of the great unsung bands of the late 1960s. The Pazant Brothers, Ed and Al are jazz and funk royalty having played with Kool & The Gang, Pucho & The Latin Soul Brothers and Lionel Hampton. Their recordings for GWP were made under the auspices of producer Ed Bland. They are highly sought after by producers and DJs, and represent the very best of their recorded work. This is the first time that this work has been available on LP. Includes sought-after singles ‘Skunk Juice’, ‘Juicy Lucy’ and ‘Chicken Scratch’, as well as a previously unreleased version of ‘High Heel Sneakers’ and two vocal tracks with Betty Barney recorded live at MOMA which have never been on vinyl before. Regular weight black vinyl.