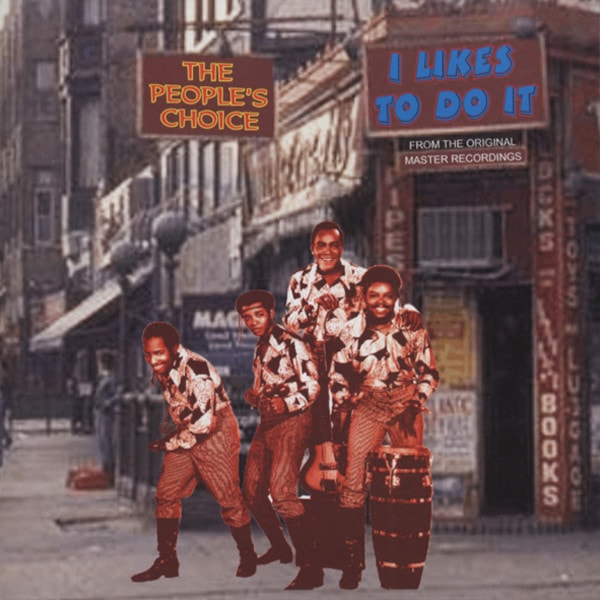 Artikeleigenschaften von PEOPLE'S CHOICE: I Likes To Do It (1971-73)

Do It Anyway You Wanna

Do It Anyway You Wanna

Talk about not giving up a dream. It took Frankie Brunson a decade-and-a-half to score a hit. When his funky People’s Choice finally did find the right song, they made it count.

Born March 19, 1929 and raised in Buffalo, New York, Brunson billed himself as Little Frankie while attending Hutchinson High School. He spent a stretch fronting Philly saxist Lynn Hope’s jazzy combo before debuting on RCA Victor’s Groove imprint in 1956 with a jumping I Believe In You. Brunson had three more 45s on the parent RCA logo in ’57. When those didn’t sell, he changed his sobriquet to Big Daddy and waxed a 1959 album for Gee Records before reverting to being Frankie Brunson on Philly-based Cameo-Parkway’s Fairmount label in ‘63.

Doubling on keyboards, Frankie formed a nightclub act with bassist Roger ‘Punchy’ Andrews and drummer David Thompson. Touring as far afield as Canada and the Arctic Circle, the versatile troupe, fronted by several vocalists, performed calypso, show tunes, and jazz. In their spare time, Frankie, Punchy, and David cooked up a little funk. One night while they were gigging at Fort Dix outside of Philly, producer Bill Perry dug their I Likes To Do It, a Brunson original, and proposed a session at Frank Virtue’s studio with Frankie and his rhythm section. People’s Choice was born. Out on the Phil-L.A. of Soul label, the theme was embraced by top-rated Philly deejay Georgie Woods and spread nationwide, peaking at #9 R&B in 1971. At long last, Frankie had made it.

Of their three Phil-L.A. of Soul followups, only 1973’s Let Me Do My Thing made any chart noise. So People’s Choice moved over to Kenny Gamble and Leon Huff’s Columbia-distributed TSOP logo. They scored a minor hit at the end of ’74 with Brunson’s own Party Is A Groovy Thing, setting the stage for their top seller of all during the summer of 1975. Do It Any Way You Wanna, given to the aggregation by producer Huff, saw Leon on the 88s and Sigma Sound fixtures Norman Harris and Bobby Eli on guitars. The theme rose to #1 R&B in late ’75 and #11 pop.

People’s Choice encored with the #22 R&B entry Nursery Rhymes (Part 1) at the end of the year charting with Here We Go Again and Movin’ In All Directions in ’76 and Cold Blooded & Down-Right-Funky and If You Gonna Do It (Put Your Mind To It) (Part 1) the next year. A last minor charter for Casablanca in 1980 and they were gone from the charts for good. Brunson died November 24, 2007 in Buffalo.