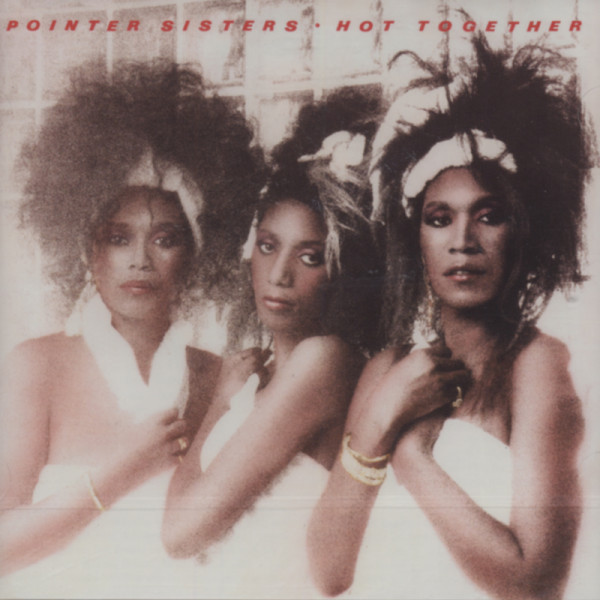 Yes We Can Can

Yes We Can Can

Impossible to pigeonhole, The Pointer Sisters blended R&B, jazz, rock, and country into a singular hybrid, their funky ‘30s/‘40s-derived fashion sense as refreshing as their sound. The family’s gospel roots came naturally; their father pastored a church in Oakland, California. Ruth (born March 19, 1946), Anita (January 23, 1948), Bonnie (July 11, 1950), and June (November 30, 1953) came together a little at a time. First Bonnie and June worked as a duo, then Anita joined them.

The trio sang backgrounds for Taj Mahal and Elvin Bishop while under the aegis of impresario Bill Graham and made two 1971-72 singles for Atlantic (Don’t Try To Take The Fifth and Destination No More Heartaches) with producer Wardell Quezergue at Malaco Studios in Jackson, Mississippi. Precious few noticed. Ruth made it a full complement of Pointers in the family act before 1972 was through.

Producer David Rubinson, who’d worked with the Pointers when he ran Graham’s labels, introduced the Pointers to the sublime joys of jazz vocalists Lambert, Hendricks & Ross, Eddie Jefferson, and King Pleasure. Those influences were emphasized on their eponymous 1973 debut album for Blue Thumb Records, though their first single from the set was a funky redo of the Allen Toussaint-penned Yes We Can Can, a 1970 hit for New Orleans mainstay Lee Dorsey on Polydor. Its message of brotherhood resonated anew equally with pop (#11) and R&B (#12) audiences during the fall of ‘73, establishing the Pointers as a force to be reckoned with even if they steadfastly defied convenient categorization.

After a revival of Willie Dixon’s party anthem Wang Dang Doodle did some business for the Pointers at year’s end, the quartet took a temporary right turn into country music with Bonnie and Anita’s Fairytale, which made a #13 pop showing in ’74. One thing was for certain: The Pointer Sisters were anything but predictable.