During the first half of the 1960s, Margie Singleton tried on as many diverse musical roles as any woman then working in the country field. She recorded duets with Faron Young and George Jones, and well before the Melba Montgomery or Tammy Wynette eras at that. She wrote or co-wrote much of her own material, and put her ornately expressive vocal imprint on songs from other sources. She was versatile enough to supply songs and background vocals not only to country acts, but also major pop and R&B recording artists like Brook Benton, Clyde McPhatter and Fats Domino.

Half a century later, Margie's affecting singing and songwriting has been all but forgotten. In 'Finding Her Voice: Women In Country Music,' the definitive reference work on female contributions to country from the pre-commercial age to the present century, she appears but once, and even then she's mentioned simply as one of Jones's early singing partners. The 'Encyclopedia Of Country Music' doesn't contain so much as a brief entry on her. And this isn't strictly a case of selective historical memory. Even in her heyday, her musical abilities and sensibilities were unjustly underappreciated.

During the time Margie recorded for Mercury Records, promotional materials tended to downplay her professionalism, pitching her in a way that emphasized her wifely role above all others. According to one label bio, she was "the 'sweetheart of the country music field'" sure, but, more importantly, she was the "real life sweetheart of Mercury Records' Country & Western A&R man, Shelby Singleton."

"Life in the Singleton family is a hectic world of recording sessions and dashing trips from coast to coast, but Margie takes it in her stride," wrote Mercury publicist Eva Dolin. "At home, in a recording studio, whether she is cutting a session or peeking from the sidelines while dynamic husband Shelby is recording other famed Mercury artists, she and Shelby truly make things happen at Mercury." 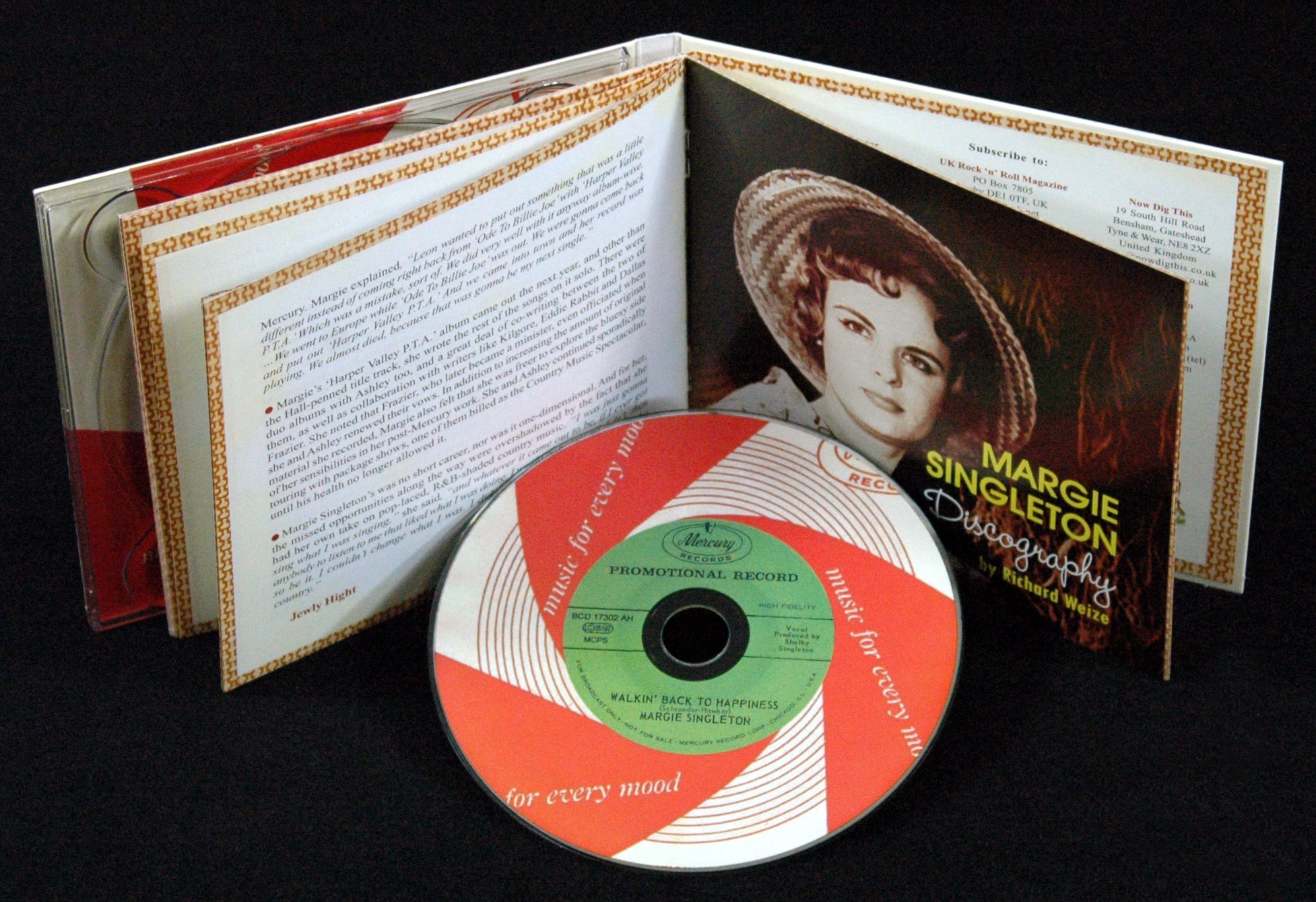 In reality, Margie sang on many of the sessions her first husband produced, which hardly qualifies her as a passive observer. But Shelby was a larger-than-life character and a savvy businessman with a powerful position in the company. Then and since, the shadow cast by his story has too frequently obscured hers.

Margie Singleton' s commercial success was modest compared to the chart triumphs of some of her peers, but the sounds that came out of her were easily distinguishable from other female country acts of the decade. Her late '50s and '60s recordings, some of which were never released and the rest of which have long languished out-of-print, reveal a distinctive stylist, one who didn't quite fit any of the familiar down-home, uptown, demure or brassy models for girl singers, one whose intimate, vibrato-laden delivery drew a wellspring of emotion to the surface of her performances.

"I can't describe what her voice was like," said Jerry Kennedy, who did quite a bit of songwriting and recording with her on his rise through the ranks of the business. "I just knew who it was."

Betty Amos, who met Margie when they were both singing on the 'Louisiana Hayride,' recalled her having "her own unique voice and her own way of phrasing. You could tell her voice in a minute."

Margie Singleton was born Margaret Louis Ebey in Coushatta, Louisiana, a tiny town bordering the Red River. Only later would she adopt Margie as her stage name. Beyond the month and year of her birth, October of 1935, there are differing versions of her exact birth date.

"Actually, on my birth certificate it says I was born October 12, 1935," she said. "But my mama said I was born the 5th. That's what I went by all my life until me and my [second] husband [Leon Ashley] had a tour over in Germany and Europe and had to get a passport."

Margie's mother, Janie Ebey, was part Cajun, and her father, John Ebey, was of Native American descent. He worked as a share cropper to support his wife and their seven children. When Margie was 11, the family moved forty-five miles north to Shreveport, where her father worked as a night watchman at a furniture factory, a job he kept until he died in his seventies.