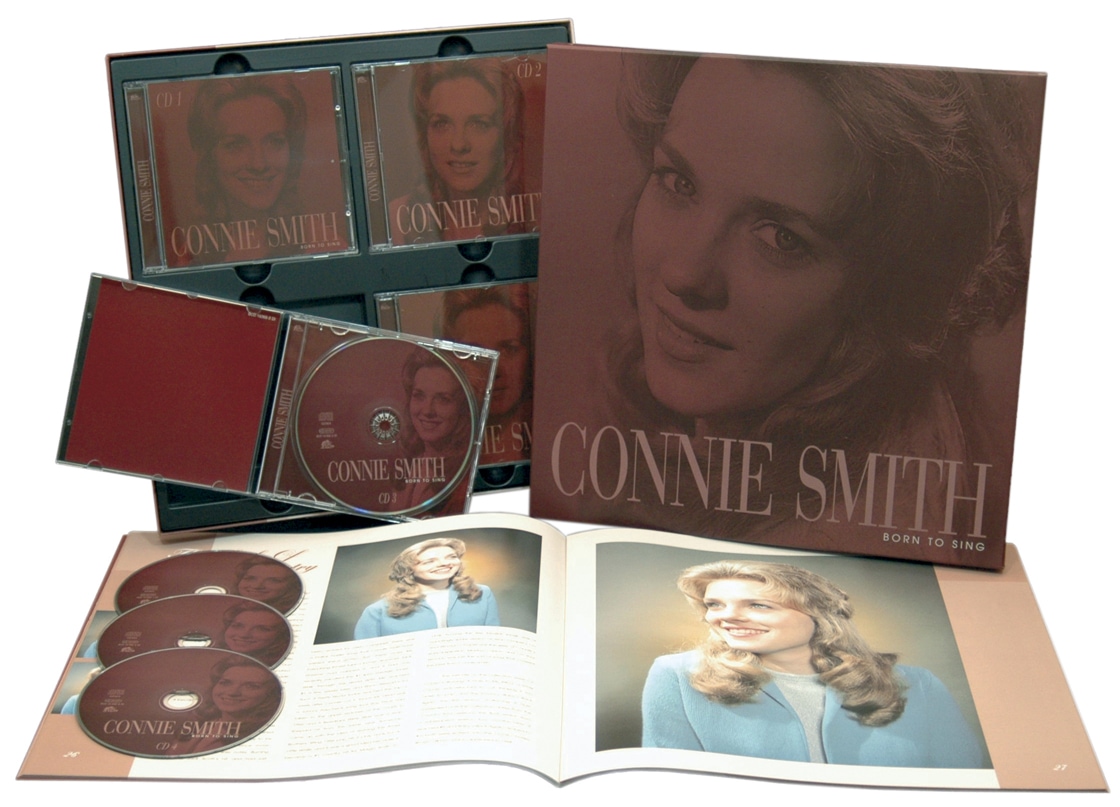 "There's only three real female singers: Barbra Streisand, Linda Ronstadt, and Connie Smith. The rest of us are only pretending."

There are singers and there are stars. Connie Smith is a singer ...by common consensus one of the great voices of country music... but the star's mantle sits uneasily upon her. The gregariousness and easy laugh just barely mask the innate shyness. The first prerequisite of stardom is that you must never tire of talking about yourself, but it doesn't come easily to Connie Smith. She is a natural born singer, but not a natural born entertainer. Her life revolves around music, but more so around her children and grandchildren. It's family portraits that line her living room, not onstage shots or award plaques.

Comparisons don't mean much, but it sometimes seems more than coincidental that Connie began recording within a year or so of Patsy Cline's death. After a ten-year struggle, Patsy had become the best pure singer in country music. Her death left a void, one that Connie Smith seemed to fill overnight. Connie's first record, released when she was just twenty-two, was remarkably mature and fully realized. Her voice was so musical and so free of artifice that there was almost universal assent that the next great one had arrived. 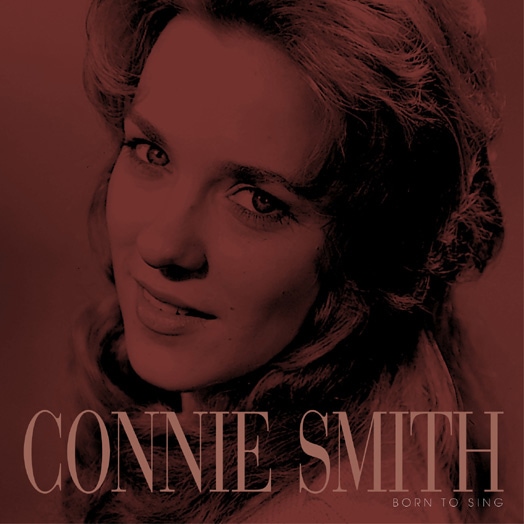 The rags to riches story, played up in the liner notes to Connie's first album, is no less true for being oft-repeated. Constance June Meador was born on August 14, 1941 in Elkhart, Indiana, near Chicago. Her parents, Hobart and Wilma Meador, were from West Virginia, and returned there when Connie was five months old, moving on to Dungannon, Ohio. Hobart Meador was an alcoholic, abusive to the family, and Wilma divorced him when Connie was seven. Wilma eventually married a man named Tom Clark, and Connie only saw her father twice after that. He died in 1962. "There were five of us,"Connie remembered,"and my stepfather had eight children. He and my mom had two kids, one stillborn, so at one point there was fourteen kids in the house. I was in the middle. There were six younger than me, and the rest were older. They needed to watch the little ones, see they didn't get hurt, watch the big ones, see they didn't get into trouble. If someone came to the house, I'd bring them a glass of water and a chair to make sure I'd get noticed."

Country music was the soundtrack to Connie Smith's life. "My real daddy's favorite singer was Ernest Tubb,"she says, "and my mom's was Eddy Arnold. The first song I remember learning was 'You Are My Sunshine.' My dad played 'Til The End Of The World' over and over. My stepfather played mandolin, and he had a brother who played fiddle, and another brother who played guitar. They'd play square dances. We'd listen to the Opry when we could pick it up. My favorites were the Louvin Brothers."Connie discovered that she was distantly related on her mother's side to a vintage bluegrass act, the Lilly Brothers, but that realization didn't come until years later. "I remember when I was five saying I was going to sing on the Grand Ole Opry,"she said, "but I was so bashful, I couldn't bear for people to hear me sing. Around that time, we were moving, and we had a big ol' overstuffed chair out in the yard they hadn't moved yet. I was sitting in that chair singing. I looked up and saw them watching me, and I ran off and cried." 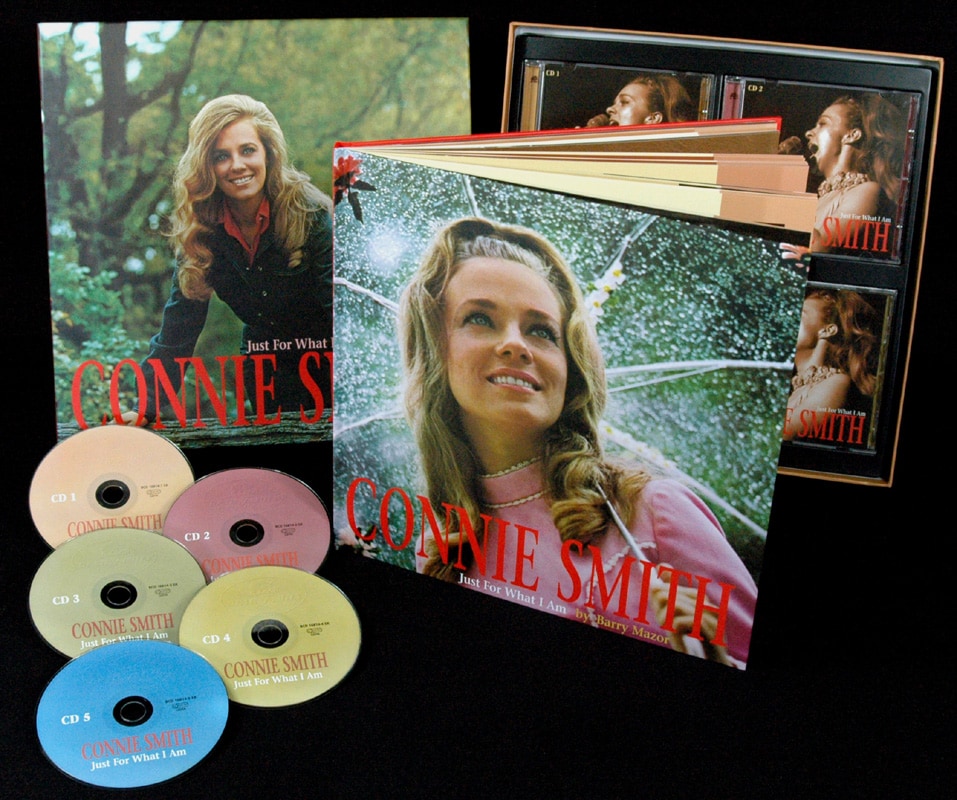 Connie seems to have been the only fifteen year-old wholly unaffected by Elvis and the rock 'n' roll upheaval. Maybe her life had so little in common with the 'Honey, I'm home' Fifties sitcom world. The shoes she wore to graduation were bought with money taken up in a class collection. Friends were hard to keep. "We moved a lot,"she says. The idea of performing music took hold after an aborted prom: "My sister had a prom dress that I was going to wear, but it had been stolen. I said, 'I don't want to go to that ol' prom anyway,' so I went to the square dance. A boy I knew from high school was leading the band, and they were singing and playing up there, and I'd never sung with music, but they invited me up. I sang 'My Happiness.' The band was waiting on me, and I was waiting on them, and the timing just kinda went. It got so bad, everybody had to quit dancing. But I made three dollars. My first paying gig."

Doc and Chickie Williams, stars of WWVA's World's Original Jamboree in Wheeling, West Virginia, were the first name act to visit her neighborhood, but Opry star Martha Carson was the first to leave a deep impression. "I got the feeling,"Connie told Eddie Stubbs, "that if she'd jumped off the stage and headed down the street, everyone would have followed her like the Pied Piper." Country music couldn't always be heard on local radio, so when Connie is quizzed on her influences, she'll surprise you with names like Sarah Vaughan and Ella Fitzgerald. "It's like reading a book,"she told Dan Cooper. "You eat the meat and leave the bones. You pick whatever you like. Whatever fits you. I love the way Jean Shepard hits a note solid on, true as a bell. With Sarah Vaughan it's finesse. And then Mahalia Jackson, the freedom. If she's in the middle of a word and needs a breath, she'll take a breath."