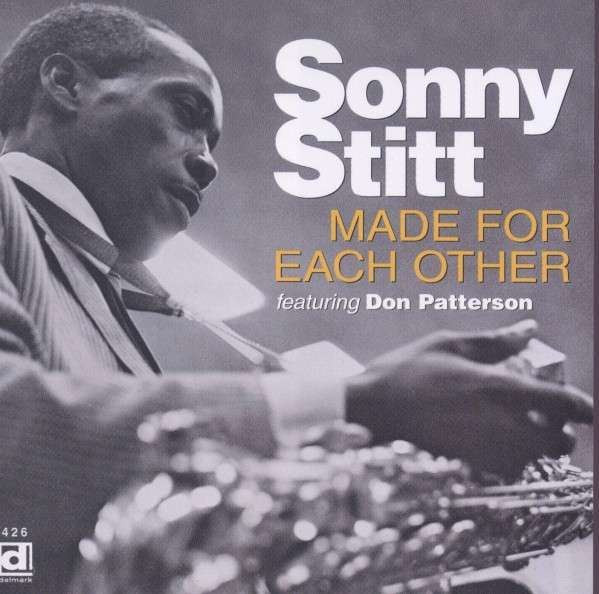 Sonny Stitt: Made For Each Other

(1968/Delmark) 9 tracks, Sonny Stitt's regular group of the period (which included organist Don Patterson and drummer Billy James) plays a wide variety of material on this Lp, ranging from 'The Very Thought of You' and two versions of 'Funny' to 'Blues for J.J.' and some then-current pop tunes. Unfortunately the set is from the period when Stitt often used a Varitone electronic attachment on his alto and tenor which gave him a much more generic sound, lowering the quality of this music despite some strong improvisations. It is an okay set that could have been better. The 1997 CD reissue adds a second alternate version of 'The Night Has a Thousand Eyes' to the program.(AllMusic)

Artikeleigenschaften von Sonny Stitt: Made For Each Other