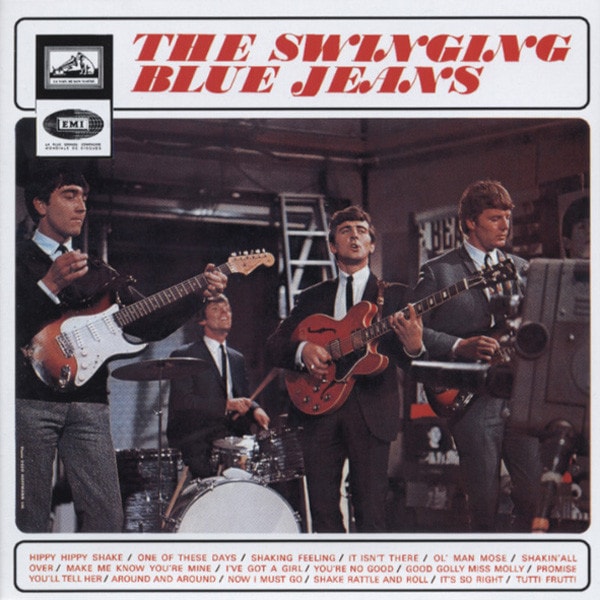 The Swinging Blue Jeans: In Paris

The Swinging Blue Jeans followed the classic Merseybeat route to success, from Liverpool skiifie groups to the Cavern • and Hamburg and, finally, an HMV record contract in 1963. Previously known as the Bluegenes, they were made up of Ray Ennis (lead guitar, born May 26, 1942), Ralph Ellis (rhythm, March 8, 1942), Les Braid (bass, Sept. 15, 1941) and Norman Kuhlke (drums, June 17, 1942). Like many of their compatriots, the Blue Jeans were seldom able to re-produce the excitement of their live act on record, and they also suffered from a lack of strong original material.

Their only three Top Twenty records were all covers of American songs — Chan Romero's 'Hippy Hippy Shake', Little Rich-ard's 'Good Golly Miss Molly' and Betty Everett's 'You're No Good'. The first two in particular conveyed a certain enthusiasm and excitement which took them into the American charts on Imperial.