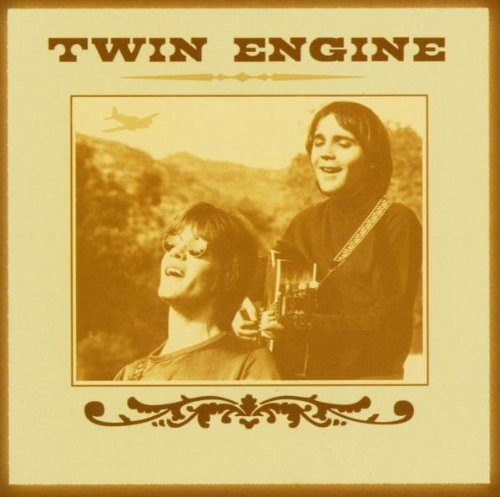 My Life Gets Better Every Day

Rick Nelson had almost co-opted the Poor, hiring Allen Kemp, Randy Meisner, and Pat Shanahan from their number. Another member, Randy Naylor, teamed up with Constantine 'Gus' Gusias to form Twin Engine. Gusias was from Los Angeles and was hanging around the Troubadour during its golden era when he met Naylor, who'd grown up around country music in the mid-West. They roomed together and met two former members of the Blues Magoos, Joey Stec and Ralph Scala, who got twenty thousand dollars in seed money from Eli Bird at United Artists Records and began recording Gusias and Naylor as Twin Engine. The sessions moved from Sound City to Sound Factory. Members of the Byrds and the Burritos sat in, as did DeWayne Quirico and Randy Fuller from the Bobby Fuller 4. By the time the LP was delivered, Bird had been fired from UA and had been replaced by Nik Venet, who had no interest in the project. It got as far as a mixdown to acetate before UA pulled the plug. The missed opportunities didn't end there. During the Twin Engine sessions, the Poor's Randy Meisner suggested to Gusias that he join a new group he was assembling, the Eagles, but Gusias passed on the idea. He continued making his own music and eventually veered into hospital work. Naylor moved to the San Fernando Valley to work for a music distributor. The fact that anyone even knows about Twin Engine is almost entirely due to Steve Stanley, who coordinated the eventual 2003 release of the group's lone album, and contacted Gusias and Naylor for the information synopsized here.