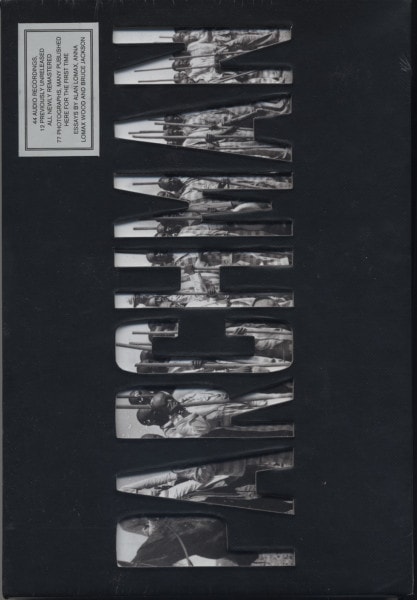 In 1947, ’48 and ’59, renowned folklorist Alan Lomax went behind the barbed wire into the Mississippi State Penitentiary at Parchman. Armed with a reel-to-reel tape deck—and, in 1959, a camera—Lomax documented as best an outsider could the stark and savage conditions of the prison farm, where the black inmates labored “from can’t to can’t,” chopping timber, clearing ground, and picking cotton for the state. They sang as they worked, keeping time with axes or hoes, adapting to their condition the slavery-time hollers that sustained their forbears and creating a new body of American song. Theirs was music, as Lomax wrote, that “testified to the love of truth and beauty which is a universal human trait.”

“A few strands of wire were all that separated the prison from adjoining plantations. Only the sight of an occasional armed guard or a barred window in one of the frame dormitories made one realize that this was a prison. The land produced the same crop; there was the same work for blacks to do on both sides of the fence. And there was no Delta black who was not aware of how easy it was for him to find himself on the wrong side of those few strands of barbed wire…. These songs are a vivid reminder of a system of social control and forced labor that has endured in the South for centuries, and I do not believe that the pattern of Southern life can be fundamentally reshaped until what lies behind these roaring, ironic choruses is understood.” — Alan Lomax, 1958

“Black prisoners in all the Southern agricultural prisons in the years of these recordings participated in two distinct musical traditions: free world (the blues, hollers, spirituals and other songs they sang outside and, when the situation permitted, sang inside as well) and the work-songs, which were specific to the prison situation, and the recordings in this album represent that complete range of material, which is one of the reasons this set is so important: it doesn’t just show this or that tradition within Parchman, but the range of musical traditions performed by black prisoners. I know of no other album that does that.” — Bruce Jackson, 2013