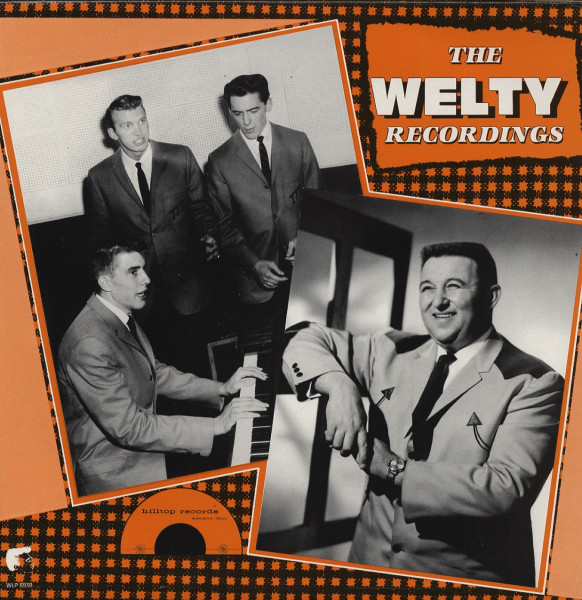 (White Label) 18 tracks
-
Quentin 'Reed' Welty produced a lot of material from many artists between 1958 and 1962 for different labels including his own which were 'Hilltop Records', 'Z Records', 'Prism Records' and 'B-ifii Records'. Unfortunately not rrtich is known about most of the artists but Welty has been known in the American Country Music Field since his early start.
He was personal manager to several nationally known recording stars. For some time he was the General Manager and Executive Producer of the world-famous 'Jamboree USA' from Wheeling, West Virginia.
Quentin Welty is a long time Life Member of the National Academy of Recording Arts and Sciences and Nashville Songwriter's Association Int.
The early sessions that are of interest for these series were all recorded in small recording places in an around Ashland, Wooster and Cleveland, Ohio.
Many became local hits. Quentin is still in the music business today, primarily as a publisher. (Cees Klop)