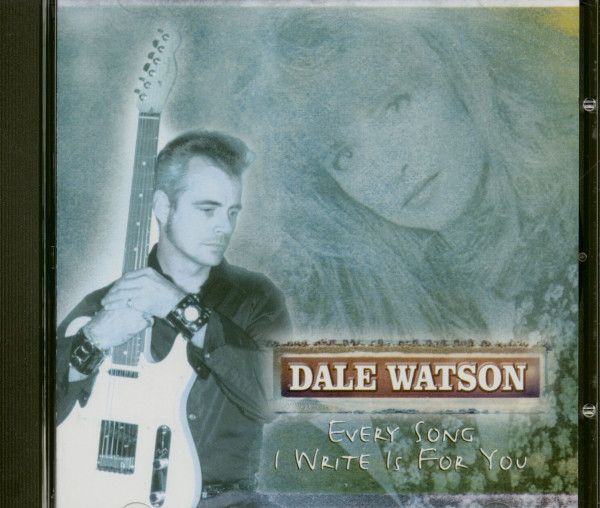 P Jetzt Bonuspunkte sichern
Beschreibung
Erfahre mehr über Dale Watson
Bewertungen 0
Beschreibung
(Continental/Watson) 14 tracks  - 'Every Song I Write Is for You' is, the most personal and... mehr
Menü schließen

Dale Watson: Every Song I Write Is For You (CD)

(Continental/Watson) 14 tracks
-
'Every Song I Write Is for You' is, the most personal and heartfelt album I've ever recorded. Each song is a testament 11 the power of love when it's in bloom and when it's lost, the highest highs
and the lowest lows. These songs were written after the personal tragedy of losing my Soul-Mate to anauto accident, out of that hardship came the best songs rye ever written.

This albuim is the most important album I've ever done in the way that i touches those who've ever known love and those who've oved and lost. 'It's my hope that these songs relate to the heart of the listener, that they are not alone in their loss and to teach an appreciation for the love we experienced. Yes, it's a love song album with no apologies.

This album is dedicated to Teresa Lynn Herbert, I love you little girls. DALE

Artikeleigenschaften von Dale Watson: Every Song I Write Is For You (CD)