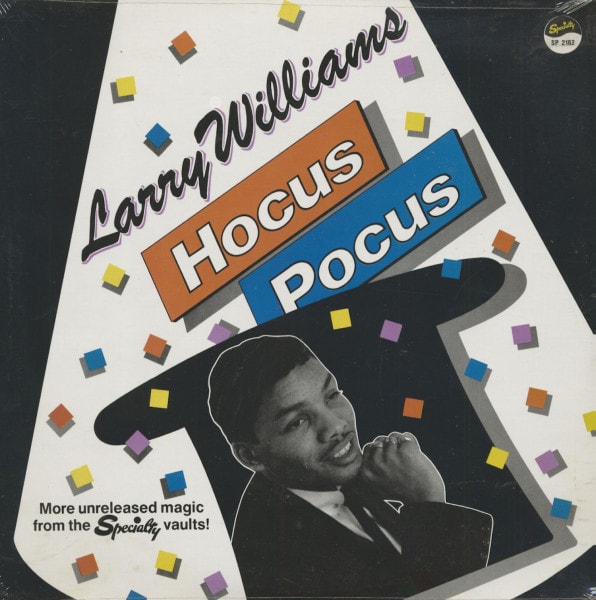 If one were to argue that this is the absolute best of Larry Williams (the bigger hits notwithstanding), you would have had no argument from John Lennon and many others. Recorded on September 11, 1957 after Little Richard had entered the ministry, it was a calculated shot at Richard’s style, right down to the squeals. The backing musicians included Plas Johnson on sax, Rene Hall on guitar, and Earl Palmer on drums. Upon release, it was confined to the B-side of Dizzy Miss Lizzy, which itself was Larry Williams’ last hit single on Specialty.

Little Richard had not been replaced. Specialty continued to pump out singles by Williams together with an LP, but another major hit eluded them. In 1959, Williams was busted for narcotics possession, and Specialty dropped him. There were more sessions for more labels, and a big blip in his royalty income when the Beatles recorded three of his songs, including this one, but his music income could in no way account for the fact that when he died of gunshot wounds to the head, he was living in Los Angeles’ exclusive Laurel Canyon, drove a Rolls Royce, and had $500,000 stashed on the premises.

He was found on January 7, 1980, but the coroner decided that he’d been dead for five days. There was something earthy, innocent, and almost boyish about Williams’ records, even if his life was anything but…

Its origins notwithstanding, Otis’ record has survived in part because of Jimmy Nolen’s beautifully economical guitar. Nolen would go on to more or less invent funk guitar with James Brown. Willie And The Hand Jive charted again in 1966 for the Strangeloves, in the 1974 for Eric Clapton, and in the 1985 for George Thorogood.