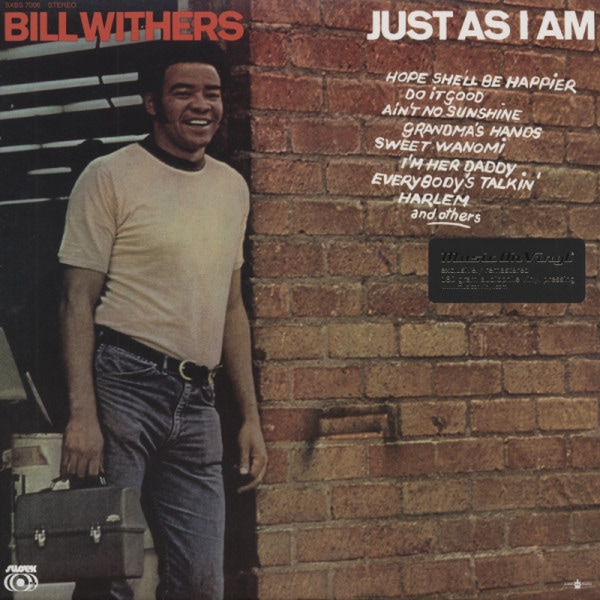 No way did Bill Withers fit the mold of your typical soul star. Acoustic guitar in his hands, singing almost conversationally but with enormous power, Withers‘ approach was more in a singer-songwriter mode, though his sound was supremely funky and thoroughly contemporary. He surfaced while working in the aircraft manufacturing field, cutting demos on the side and struggling to be heard.

Born in rustic Slab Fork, West Virginia on July 4, 1938 and brought up in nearby Beckley, Withers didn’t hail from an overtly musical background. He spent nine years in the Navy, relocating to Los Angeles after leaving the service. He did wax one extremely obscure single, Three Nights And A Morning, circa 1967 for the tiny Lotus label in a far more aggressive soul style than he’d employ later (Mort Garson was its producer/arranger).

A certified mover and shaker in the record industry, Clarence Avant formed Sussex Records at the end of 1969. Having worked at the Venture label with ex-Motown A&R boss Mickey Stevenson, he knew potential hits. Organist Booker T. Jones was about done at Stax, where he and his MG’s had played on countless hits as house band and made more than a few instrumental smashes of their own. He was lying low in Malibu, a long way from the soul-steeped streets of Memphis.

“I went to California and I got a call from Clarence Avant, who wanted me to come and hear a singer,“ says Booker T. “I went over to his apartment and stayed all day. He sung me about 20-25 songs. That’s when I met Bill Withers. He had most of his hits written when I met him.“

Booker T. would arrange and produce Withers‘ Sussex debut album, ‘Just As I Am.‘ Two more MG’s—bassist Donald ‘Duck‘ Dunn and drummer Al Jackson, Jr.--joined him for Bill‘s sessions at Wally Heider’s L.A. studios, playing guitar himself as well as keyboards (Stephen Stills dropped by to pick his axe). Ain’t No Sunshine  was chosen by Avant to be Withers‘ Sussex debut single. Its extended “I know, I know“ coda had been intended as a place holder until Bill could dream up some apt lyrics for that spot, but Booker T. told him to leave it alone. Withers revamped Three Nights into a more laidback but no less stunning Harlem, which sat on the B-side.

Fresh and different yet so inherently bluesy that guitar master Freddie King covered it, Ain’t No Sunshine rocketed to #3 pop and #6 R&B as it went gold during the summer of ’71. ‘Just As I Am‘ sold very well too. A star was born.