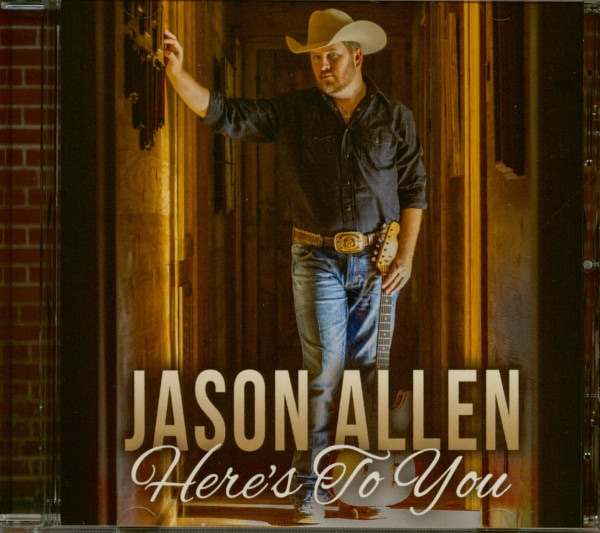 Jason Allen: Here's To You (CD)

(2017/222-Country) 10 tracks (31:10) Jewelbox
-
Born in Pasadena, Texas, as the last of five children, Jason Allen and his older siblings were raised on his parents' generation of music. Having two #1 hit singles on Texas radio, with over five singles in the top ten and five albums under his belt, Allen is releasing his sixth album Here's To You which was recorded in Tyler, TX at the famed Rosewood Studios. As a writer on every track of the project, Allen opens his heart to you as the listener and finally feels he has captured his true style as a recording artist. Not only is Allen a touring artist, he is also an accomplished songwriter. He has penned songs for some of the top and the newest artists on the scene including Kevin Fowler, Kyle Park, Jon Wolfe, Mario Flores and Jason Cassidy.