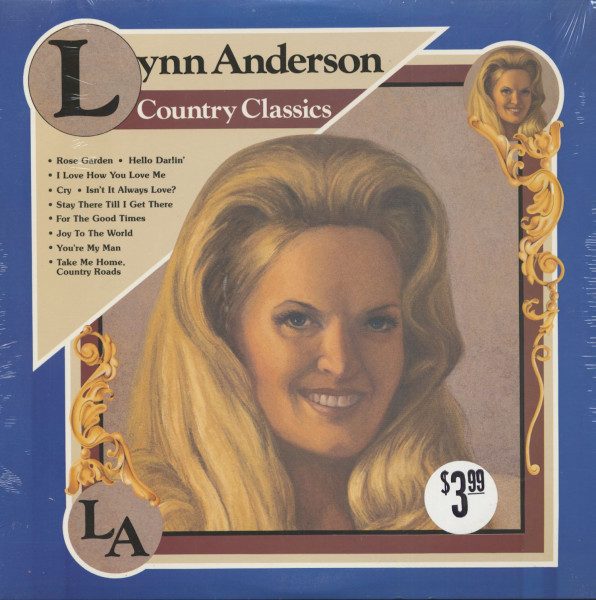 Joe South produced and wrote songs for Atlanta-based pop singer Billy Joe Royal. From Down In The Boondocks onward, Royal gave voice to South's words. I Never Promised You A Rose Garden was originally a filler song that South wrote for Royal's 1967 album 'Hush' (itself a South song covered by Deep Purple). Royal skittered through Rose Garden at a disconcertingly fast tempo. In 1968, South buried Rose Garden on yet another album, this time his own. South, who died in September 2012, never talked in any depth about his songs, but it’s likely that a couple of his best known songs were spurred by book titles. His biggest hit, Games People Play, was the title of a pop psychology book by Eric Berne, and I Never Promised You A Rose Garden was Hannah Greene's 1964 novel about a young woman's descent into mental illness. One person who heard South's Capitol LP was Lynn Anderson, the daughter of Liz Anderson, who'd written Strangers and Lonesome Fugitive for Merle Haggard. In 1969, Lynn married Billy Sherrill's assistant and occasional cowriter, Glenn Sutton, and in 1970 Sutton signed her to Columbia.

When Sutton produced her earlier records for Chart, Anderson asked him to consider Rose Garden, but he refused. “There were lines in the song which [Glenn] thought weren't right for me,” she said. “Lines like 'I could promise you things like big diamond rings.' A woman just wouldn't say that to a man, so he thought a female singer singing those lyrics just wouldn't work.” On September 9-10, 1970, Anderson recorded her first Columbia LP together with a Christmas single. She said that Rose Garden was recorded as an afterthought because they didn't have any other songs, and it's true that it was one of the last songs on the slate. She remembered Jerry Kennedy and Charlie McCoy coming up with the Rose Garden shuffle. It was, said Kennedy, a rhythm he'd used on one of his own singles, 1964's The Blue Beat, itself based on Millie's ska hit My Boy Lollipop.

Columbia Records president Clive Davis walked in on the mixing session and immediately fixated upon Rose Garden. It might have been Davis's enthusiasm that led Sutton to go back and overdub a string arrangement by Cam Mullins for a dramatic intro. “The crossover potential seemed obvious,” Davis wrote later. “I flipped out. Billy Sherrill thought it was a solid country hit. He shook his head at me.” Immediately, Davis ordered his field promo guys to hand-carry the record to pop stations. Usually, R&B or country records would be worked to their own markets and only taken to pop stations if they were doing well in their primary markets. According to Davis, Rose Garden sold three million singles and one million albums, and he's probably not far off the mark; the song was omnipresent. “I believe that 'Rose Garden' was released at just the right time,” Anderson said later. “People were trying to recover from the Vietnam years. The message in the song that - if you just take hold of life and go ahead - you can make something out of nothing. People just took to that.”