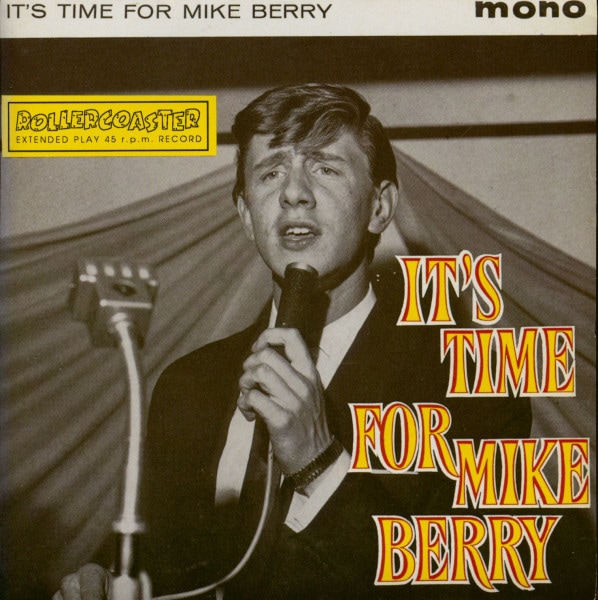 (Rollercoaster) 4 tracks - Triangle Center
,-
Every year produces a fresh crop of new singing stars, and undoubtedly the first real sensation of 1963 was young Mike Berry, who shot into the Top Ten with his distinctive foot-tapper, Don't You Think It' s Time. This was not the first occasion on which Mike had tasted chart success, for one of his four previous releases had also climbed into the top table.

This was the controversial Tribute to Buddy Holly, which prompted a few cynics to suggest that Mike was exploiting the Holly tragedy to his own advantage. Nothing could have been further from the truth—and clearly the majority of record-buyers considered the disc a sincere epitaph to a great artist.

For Mike has always been a Buddy Holly fan, and admits that his singing style has been influenced to some extent by the late American singer, though he denies that he is an outright Holly copyist. The fact is, of course, that Buddy's impact upon the pop scene was so durable that his influence is still being felt today, more than four years after his death. Every singer who is active today has learned from, or been influenced by, other artists—even if only subconsciously. And surely there could be no better model for any young singer than the late, great Buddy.

Certainly the parents of the American star were most impressed by Mike's heartfelt tribute to their son, for they wrote and told him so. And Buddy's former group, the Crickets, were so affected by Mike's recording that they invited him to join them on their tour of Britain.

The Holly influence is still evident on Mike's subsequent releases, including the other three tracks presented here. But as he develops and matures, he is absorbing the work of other established performers (Bobby Darin is his current favourite). Soon, on the strength of all that he has learned coupled with his own inherent talents, he will have formulated a highly individual style of his own—though it is hoped that Mike's infectious Holly trait will remain an integral part of his work.

,When Don't You Think It's Time rocketed high in the hit parade, the whole of show business agreed that there couldn't be a more appropriate title for a Mike Berry recording—since he was long overdue for a smash hit. Now he has finally established himself, the future looks bright indeed for this effervescent young entertainer, who can assuredly look forward to many more disc successes in the months that lie ahead.
(Derek Johnson) 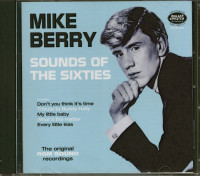 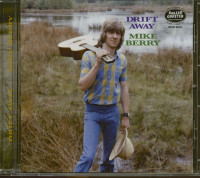