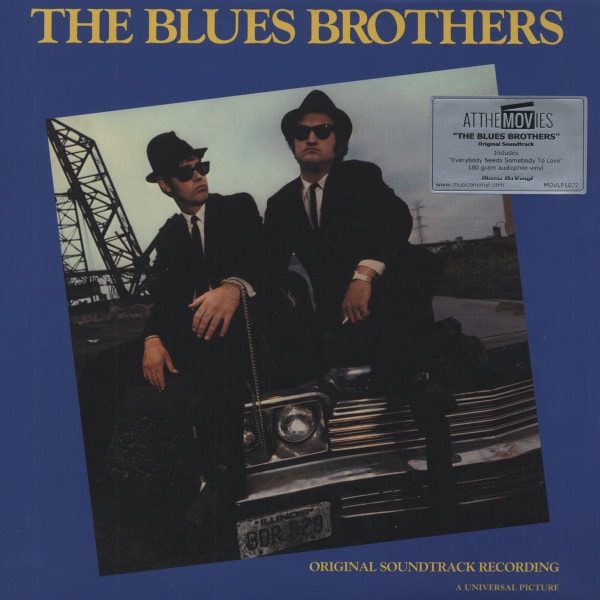 Canada Duo of singers and actors created by Dan Aykroyd and John Belushi. The Blues Brothers began in 1978 as a comedy sketch by Dan Aykroyd andiohn Belushi on the TV show Saturday Night Lire. Dan Aykroyd played Elwood Blues and John Belushi Jake Blues. The duo performed live with a light backing group in a parodic fashion, shouting R&B standards like Sam and Davc's classic "Soul Man." "I've Got Everything I Need (Almost)." or "B-Movie Boxcar Blues." both dressed in black suits, porkpie hats. and dark sunglasses. Both actors sang: Dan Aykroyd played harmonica while John Belushi performed out-rageous and acrobatic dance routines. The Blues Brothers appeared from time to time on Saturday Night Live, first as fillers for the program, but soon as one of its most popular skits. They are remembered as the exuberant stars of John Landis's The Blues Brothers (1980), which in-cluded short appearances by blues legends such as John Lee Hooker playing "Boom Boom" and Ray Charles. The comedy, set in Chicago's music scene. also featured soul artists like Aretha Franklin, James Brown (as a preacher), and the line Stax musicians from Booker T and the MGs: guitarist Sieve Cropper and bassist Donald Dunn. The film was an immense success worldwide and helped bolster the careers of many of the blues artists who appeared in it. Between 1979 and 1982. the original Blues Brothers released three albums of covers of R&B and rock 'n' roll standards. but their growing success was stopped by John Belushi's tragic death from a heroin overdose on March 5.1982. In 1998, Dan Aykroyd rekindled the duo with a new partner. John Goodman. Together once again with John Landis. the Blues Brothers made a much publicized sequel to what had by then become a favorite cult movie. Aretha Franklin and James Brown appeared again in The Blues Brothers 2000 (1998). along with B. B. King. Junior Wells. Jonny Lang. Eddie Floyd. and Eric Clanton.