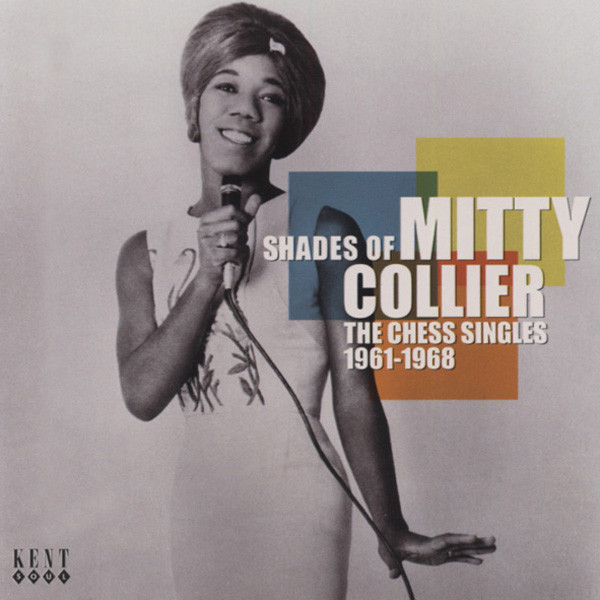 Had A Talk With My Man

I Had A Talk With My Man

I Had A Talk With My Man was adapted from a gospel tune by Rev. James Cleveland, I Had A Talk With God Last Night. Billy Davis—the same gent that got The Four Tops signed with Chess and co-founded Anna Records with Berry Gordy's sister Gwen in Detroit before moving to the Windy City and working on A&R at Chess—had heard session keyboardist Leonard Caston, Jr. playing the Cleveland record in the studio in preparation for teaching it to his church choir. The Chess house producer decided that it would fit Mitty Collier's contralto beautifully if they supplied some secular lyrics. In front of an utterly sublime arrangement dominated by strings, churchy piano, and a French horn, Collier's vocal was spectacular, resulting in a #41 pop hit.

Born June 21, 1941 in Birmingham, Alabama, Mitty sang in a travelling gospel aggregation, the Hayes Ensemble, while attending high school. By the time she was in college she was singing R&B. While visiting Chicago in 1959, she competed in a talent contest hosted by powerhouse deejay Al Benson at the Regal Theater, which she ended up winning six weeks in a row. Chess A&R man Ralph Bass caught her act and pacted Collier, who debuted with I've Got To Get Away From It All in '61. Her first chart entry in 1963, I'm Your Part Time Love, answered Little Johnny Taylor's smash blues Part Time Love (included on our previous volume of 'Sweet Soul Music').

No Faith, No Love, Collier's '65 Chess hit, was an adaptation of another Cleveland gospel song, and she cracked the R&B Top 10 in 1966 with Sharing You. Collier toured the south that year on an all-star bill that included Otis Redding, Percy Sledge, Garnet Mimms, the Ovations, and Sam & Dave, the troupe starring on an episode of the syndicated TV show 'The!!!!Beat' (where she sang a dramatic My Party). She exited Chess in 1969, cutting five 45s for William Bell's Peachtree label in Atlanta before temporarily losing her singing voice in October of '71. A lot of prayer restored it, and she's devoted her life to God ever since. She's now Rev. Mitty Collier of the More Like Christ Christian Fellowship on Chicago's South Side.