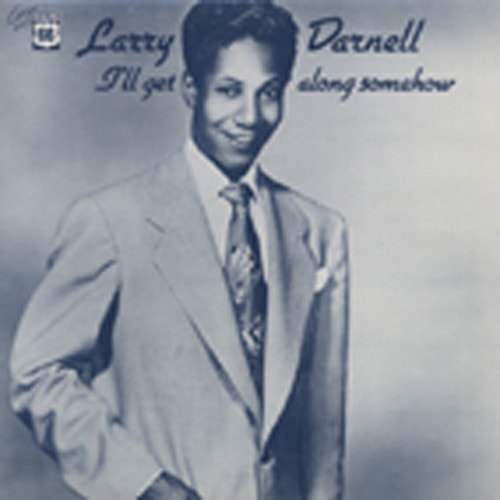 LARRY DARNELL Born in Columbus, Ohio, the late Larry Darnell was a mem-ber of the Brown Skinned Models, a singing and dancing troupe that was performing in New Orleans in 1949. Spotted by Frank
Painia, the owner of the Dew Drop Inn, Darnell was installed as a regular attraction at the club on La Salle Street. Painia rec-ommended Darnell to Paul Gayten who was looking for a replacement for Roy Brown as Syd Nathan now owned Brown's De Luxe contract. Regal would have great success with Darnell as the silky smooth vocalist placed four songs in the R&B charts between November 1949 and November 1950, including 'For You My Love' which made it to number one. A solid follow up to was 'Pack Your Rags And Go, ' a New York recording with Gayten's band, which Cashbox listed as a regional best seller in Kansas City, Miami, and Charlotte, North Carolina. 'Why Did You Say Goodbye' was one side of Darnell's last Regal release in 1951.