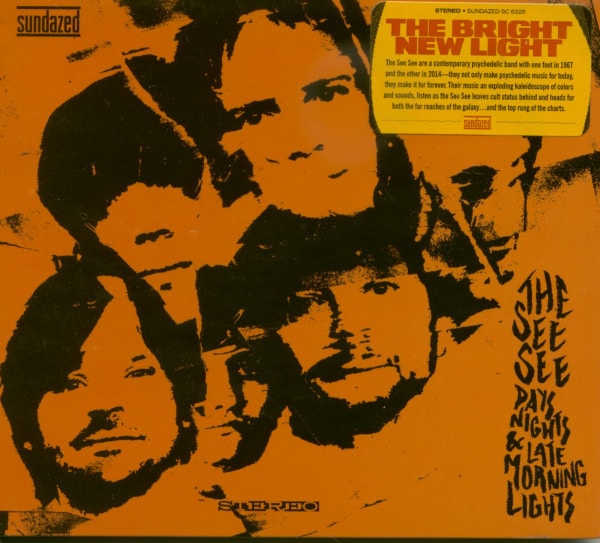 On Compact Disc and 180 Gram Vinyl Pressed at R.T.I.,
The See See are a contemporary psychedelic band with one foot in 1967 and the other in 2014—they not only make psychedelic music for today, they make it for forever. The See See originated out of the ashes of some of the modern pop world’s hippest guitar psych acts, most notably Richard Olson’s 'The Eighteenth Day of May'. Forged in the über-competitive London music scene, The See See have an ever-increasing fan base amongst Paisley Europeans fond of Television’s guitars, Moby Grape’s harmonies, the White Stripes’ bite and Syd Barrett style. Their music is an exploding kaleidoscope of colors and sounds!
This is the band’s first full-length US release, especially designed for the American market. Through a combination of their cutting-edge use of social media and their old-fashioned work ethic, which has seen The See See tour, tour and tour again, they have saturated the continental European indie market and given London its hippest, most innovative guitar scene in years!
This Sundazed anthology of music from these heirs to the Paisley Underground is classic psychedelia. Listen as The See See leave cult status behind and head for the far reaches of the galaxy…and the top rung of the charts. Whether it’s on 180 gram vinyl pressed at R.T.I. or compact disc, this collection should be ordered today as next week it will be the soundtrack of tomorrow!

,MICHAEL TOLAND
,Good psych pop never goes out of style – just ask Tame Impala, Temples and all the other young bands that have popped up in the wake of the Black Angels and the Brian Jonestown Massacre. Though the internationally populated See See (boasting members from England, Auckland and Detroit) has been out and about since the late 2000s, it’s only now getting round to releasing its U.S. debut.
,Days Nights & Late Morning Lights compiles cuts from singles and the band’s two prior LPs, but the band hews so closely to its ‘60s-inspired pop vision that the songs sound as if they were cut during one long session. Lead songwriter Richard Olson (late of the promising but short-lived Eighteenth Day of May) seems to pen boatloads of would-be singles at will, such as the sweet ‘n’ shiny “Open Up Your Door” and “The Rain & the Snow,” the more overtly tripping “Keep Your Head” and “Late Morning Light” or the folk-rocking “Sweet Hands” and “That’s My Sign.” The See See jangles far more than it crunches, dusting nearly everything with creamy vocal harmonies. Don’t expect innovation here, but that’s not the band’s goal. Instead, the See See just wants to write good songs and play ‘em well, and it does that just fine, thank you. 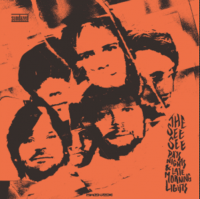