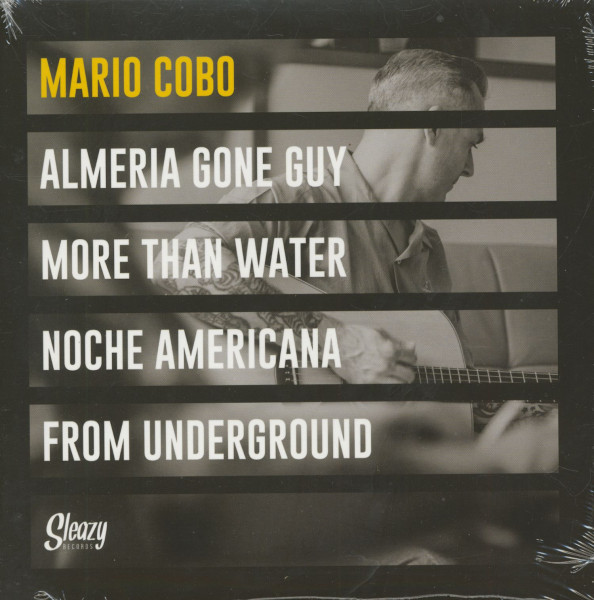 
Mario Cobo has managed to carve out a musical career seemingly unattainable for a musician born in Barcelona. Chopping stone. Test after test. Concert after concert. With an impeccable attitude from his first live appearance, in 1994, until the last one, probably yesterday. Because Cobo has not stopped playing in all these years. Either with Nu-Niles, his usual band, with which he edited up to 6 LPs and several 7inchs. The band that took to him to turn by all Europe and the United States until its dissolution, this same year, with a splendid album of homonymous title. A background that shapes his reputation as a guitarist and composer within the international roots music scene.

With songs edited in Germany, Japan, Spain, Sweden, Holland and the United States. That has made Cobo a renowned musician, an aspect in which they have much to do other projects such as The Lazy Jumpers, which between 2003 and 2008 recorded three albums with his name, and two more as a band of Little Rachel and Mitch Woods. He also was one of Kim Lenz's Jaguars between 2010 and 2012 and played performances as a member of the groups of Sonny Burgess and Dj Fontana (drummer Elvis), Billy Lee Riley, Janis Martin, Joe Clay Glen Glenn or Dale Hawkins.

But now all that is history, like the Nu-Niles. A beautiful story that resurfaced this year 2015 to edit together with Loquillo 'Code Rocker' (DRO / Warner), produced by Mario with Josu Garcia, placed in the number 1 sales in Spain and make a thrilling tour while exclusive of 12 dates in a month throughout the state. Cobo goes ahead with the Mambo Jambo, a whirlwind of instrumental rhythm & blues formed with the saxophone master Dani Nel.lo (Rebels, Nel.lo and La Banda del Zoco), his partner in innumerable projects Ivan Kovacevic (Nu-Niles) and the magician of the drumsticks Anton Jarl. With them and three LP's plus several singles have conquered the hearts of the public and also of the critics, who does not stop giving praise to the band.

Another of his projects is the Western Swing band Los Locos del Oeste and his crazy country jazz where he deals between the guitar, voice and steel guitar with which he occupies the little free time he has left when he is not touring with Mambo Jambo or working in various productions. 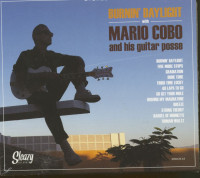