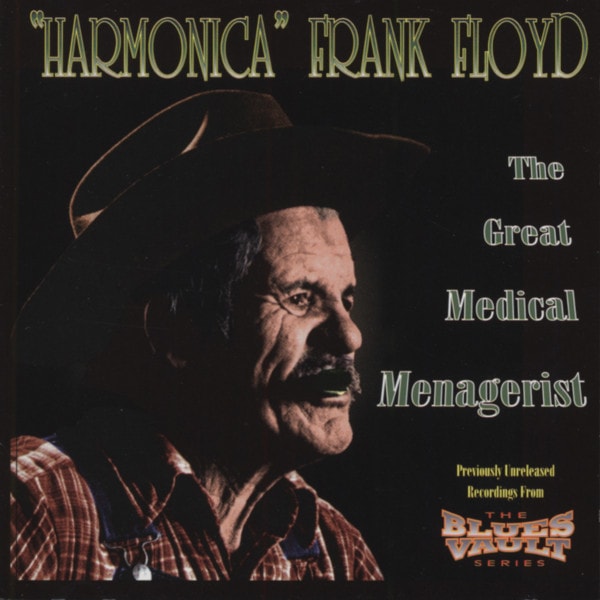 Born in Pontotoc, Mississippi, Frank Floyd (1908-1984) grew up wandering through the South, working in carnivals and even living on a riverboat while learning to master singing and playing the harmonica. He was influenced by street musicians, radio artists, and those performers he heard on records, most importantly, African American Grand Ole Opry star DeFord Bailey. In the colorblind world of recordings, Floyd learned both black and white traditions, listening to the music of the Carter Family, Blind Lemon Jefferson, and Lonnie Johnson. When Jimmie Rodgers' blue yodels first started coming out in 1927, Floyd bought a guitar and memorized Rodgers' songs note for note. Adopting the nickname 'Harmonica Frank,' Floyd recorded for Sam Phillips on Chess and Sun Records during the 1950s. He was rediscovered by blues historian Steve LaVere and made records for the Adelphi label in 1972, which included his version of Blue Yodel No. 6. The sound was straight out of the '30s, the rough-and-tumble voice and yodel resembling that of West Virginia's Bill Cox.