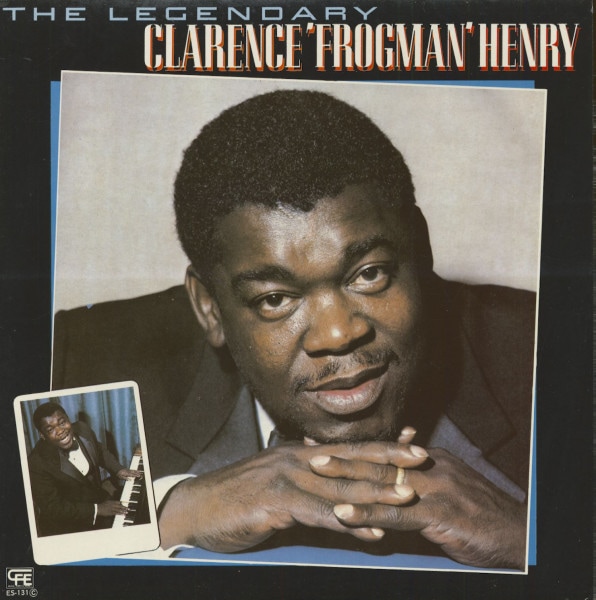 Clarence 'frogman' Henry is one of those rare names in the music world that is as interesting and exciting today as when he started out. few sixties artistes have received such continuous 'golden oldie' airplay year alter year. Barely a week goes by without the strains of 'But I Do' — his multi-million seller — hitting the airwaves. What is it that makes particular records and certain artistes command such extraordinary loyalty and fondness amongst presenters and public alike? New Orleans born Clarence Henry is a some example of this phenomenon. He absorbed the jars, boogie and rhythm-and-blues influences of his home town during the fifties and was signed to a record contract in 1951. His hrst single 'Ain't Got No Home' was a Billboard Chart Number 1, and featured his now famous vocal 'croaking' effect which rapidly earned him the unusual but unforgettable middle name which subsequently became known around the world. 'frogman Henry first achieved international recognition in 1961 with 'But I Do', a single which made the top ten in eighteen countries and scored over three million sales worldwide. The follow-up 'You Always Hurt The One You love' enjoyed similar international success. In the early sixties he visited Europe twice, and also played tours in Canada, Australia, South America and the far East when not working across the States, where his bouncy, uncomplicated rock 'n' roll style was always in demand.

This was highlighted in 1965, when he was featured as special guest on the Beatles' first ever 11.5 coast to coast tour. The seventies saw 'frogman Henry concentrating far lesson louring, in ordel to spend more time at home in New Orleans with his family. Always a strong favourite in his home state in Louisiana, and throughout the American South 'frogman' appeared regularly in the late ill's at R 'n'B  festivals, special events, revival concerts and Mardi Gras balls, whilst at the same time enjoying a ten year residency on Bourbon Street, New Orleans, where the frogman's nightly cabaret was accurately billed as the top tourist attraction on the strip. This record-breaking stint concluded in 1982, when he refused the inevitable offer to continue, in order to make a break for other projects. This album is one of the benelits of his desire for change. It took many years before this project came to fruition, but the dynamic, week-long sessions featured top studio players. Recorded in Manchester, it produced this 14-track album of high quality. 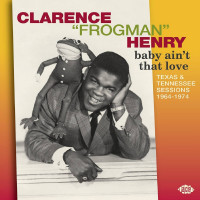 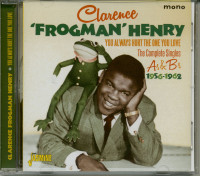