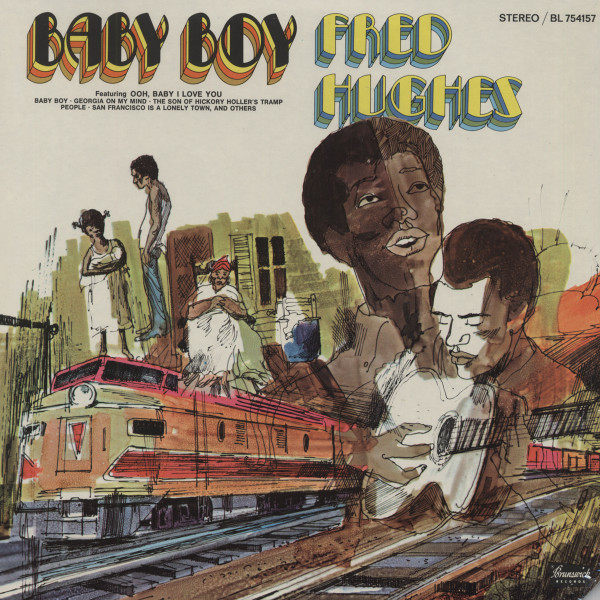 Oo Wee Baby, I Love You

Oo Wee Baby, I Love You

There were so many talented soul singers on the '60s scene that once in a while their names overlapped. Johnnie Taylor and Little Johnny Taylor were often confused for one another, as were Fred Hughes and Freddie Hughes, often lumped together as one entity in reference books but in reality two separate singers.

Arkansas native Fred Henry Hughes found his way to Los Angeles and joined a group called The Creators (not the same ones that became The Ad Libs) to play local nightspots. Chicago's Vee-Jay Records had established a West Coast office, and A&R director Richard Parker (formerly half of The Dutones with Jerry Brown; they had a local hit in 1963 with the Carl Davis-produced dance rave-up The Bird ) signed Hughes to Vee-Jay in '65. Parker wrote and produced Fred's Vee-Jay debut, the mid-tempo throbber Oo Wee Baby, I Love You, which helped stave off Vee-Jay's bankruptcy a little longer by going to #3 R&B and #23 pop (Fred gave it a push by lip-synching it on the syndicated L.A. TV show 'Shivaree'). Hughes's encore You Can't Take It Away was a #12 R&B seller, but Vee-Jay's impending demise doomed his last single for the firm, Don't Let Me Down. Vee-Jay's owners tried to rebound by forming the short-lived Exodus logo in 1966, but Fred's two 45s there didn't get enough exposure.

Parker brought Hughes to Vee-Jay's former rival Chess Records in 1967, but his two singles for its Cadet subsidiary didn't make the commercial grade. When Fred pacted   to Brunswick, his fortunes were rejuvenated. His self-penned Baby Boy, produced by Carl Davis and Chi-Lites lead singer Eugene Record, was a #25 R&B seller at the end of 1969. "I don't know whether we had as much success with as I'd have liked to," says Davis, "but he was a talented entertainer." Carl also helmed Fred's 1970 Brunswick hit I Understand, another Hughes original (a remade Oo Wee Baby, I Love You sat on the flip). Fred's planned Vee-Jay album had been scuttled when the label went belly-up, but Brunswick issued a 'Baby Boy' LP, its contents ranging from breezy Windy City soul to Hughes's revival of Barbra Streisand's schmaltzy People.