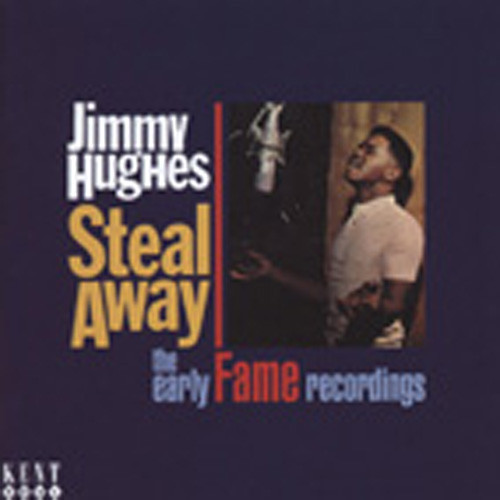 Rick Hall's Fame Studios in Muscle Shoals, Alabama was still in its infancy when Jimmy Hughes gave the hungry young producer his second national hit. Born April 25, 1935 (some sources have it 1938) in Leighton, Alabama, Hughes was a member of a local gospel group, the Singing Clouds, while toiling at Robbins Floor Company when Bob Carl Bailey of WZZA radio in nearby Tuscumbia convinced him to stop by Hall's studio. Jimmy began singing demos for Hall, who sold his I'm Qualified-–written by Hall and local deejay Quin Ivy, later the producer of When A Man Loves A Woman by Jimmy's cousin, Percy Sledge--to Philly's Jamie Records in early 1963.

The blues-soaked Steal Away was originally a demo and the first song Hughes ever wrote, its steamy lyrics pieced together a line or two at a time over two weeks on the night shift. Cut in the fall of 1962, it languished on the shelf, Hall hoping to pitch the number to some famous R&B singer or other. Enter Dan Penn, the young white soul-singing wunderkind whose band (pianist David Briggs, bassist Norbert Putnam, and drummer Jerry Carrigan) had settled in as Fame's first resident rhythm section.

"I stood there and watched Jimmy Hughes do 'Steal Away,' I saw him cut it. And it really affected me," says Penn. "He was great. He was tough. I loved his vocals, because he had that little bright sound." Penn convinced Hall that Jimmy's Steal Away was fine as it was, an ethereal vocal group urging Hughes' insistent tenor to chilling heights as he pleaded with his woman to slip out for a clandestine romantic tryst. Hall pressed up a thousand copies of Steal Away on his new Fame label and hit the road in a Ford station wagon, Penn at his side. Over the next two weeks, they dropped off a copy at every R&B radio station they drove by, asking the deejays to spin Hughes' record and often accompanying the request with a complimentary bottle of vodka.

The jaunt worked wonders, resulting in a spate of orders. Bill Lowery, the former owner of NRC Records in Atlanta and an early Fame client who brought the Tams and Tommy Roe in to record, steered Hall towards Vee-Jay Records as a distributor, and before long Hughes sat at #17 on the national pop charts. Steal Away had legs as a copyright, Johnnie Taylor's 1970 Stax revival proving a massive seller. Hughes continued to score major R&B hits on Fame, his '66 pounder Neighbor, Neighbor and the next year's Why Not Tonight registering huge sales. After moving over to Volt Records for a time, Jimmy retired from the secular arena in 1974, confining his vocal exploits after that to his preferred Leighton house of worship. 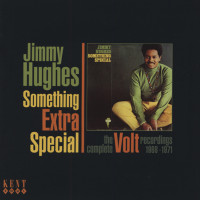 Tracklist
Hughes, Jimmy - Steal Away - Early Fame recordings CD 1
01 Lovely Ladies
02 There Is Something On Your Mind
03 A Shot Of Rhythm And Blues
04 Neighbor, Neighbor
05 Everybody Let´s Dance
06 Steal Away
07 Try Me
08 I´m Gonna Rise Again
09 I Tried To Tell You
10 I´m Getting Better
11 Stormy Monday Blues
12 I Want Justice
13 I´m Qualified
14 My Loving Time
15 Lollypops, Lace And Lipstick
16 You Might As Well Forget Him
17 Goodbye My Lover Goodbye
18 You Really Know How To Hurt A Guy
19 Have You Done Got Over Me?
20 Girl You Belong Here With Me
21 My Adorable One
22 Steal Away Part 2