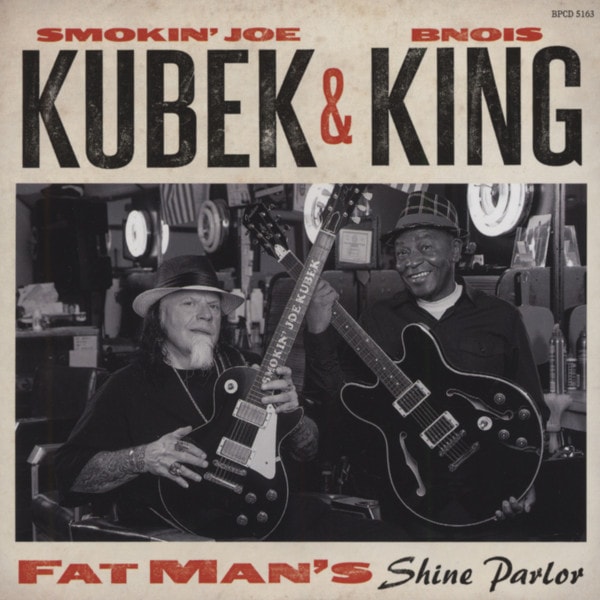 (2014/Blind Pig) 12 tracks.
Smokin' Joe Kubek & Bnois King - Fat Man's Shine Parlor - As a young musician in Dallas, Smokin Joe Kubek would venture in the wee hours to a declining, somewhat unsavory neighborhood in search of fried chicken. A commercial district for African-Americans, the area had been a hotbed for jazz and blues musicians from the 1920 s through the 50 s where you could also find gun and locksmith shops, tattoo studios, pawnshops, and pool halls. Joe was fascinated by one remaining establishment called 'Fat Man s Shine Parlor.' Ostensibly a place to get your shoes shined, it was also a place for other activities such as gambling, drinking, and womanizing. Joe sees this CD in a similar light: crack open the door, and inside you ll find more than advertised. Only in this case, the pleasures will be musical. 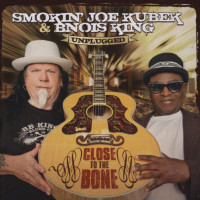