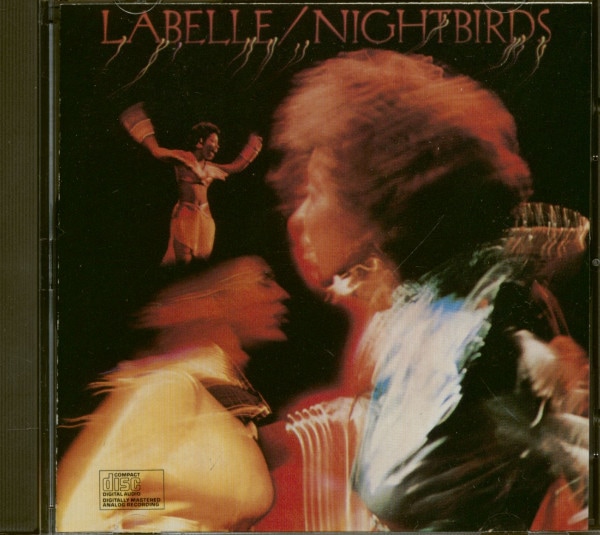 Patti LaBelle and her former Bluebelles sure had changed. Instead of the prim gowns the Philly quartet modeled onstage when they rode the charts during the early ‘60s with I Sold My Heart To The Junkman (they weren’t even on the record) and Down The Aisle (Wedding Song), their wardrobe was now utterly outrageous, the shocking concept of their new manager, Vicki Wickham, the former producer of the legendary U.K. rock TV program ‘Ready, Steady, Go’ and a very close friend of group member Nona Hendryx. Their name had been changed to Labelle, indicating a switch in artistic direction to a rock-oriented mindset. And they were now working with famed producer Allen Toussaint in New Orleans.

Powerhouse lead soprano LaBelle (born Patsy Holte on May 24, 1944 in Philadelphia) teamed up with Trenton, New Jersey natives Hendryx (born October 9, 1944) and Sarah Dash (born August 18, 1945) and Cindy Birdsong, born December 15, 1939 in Mount Holly, N.J., to form The Blue Belles (original spelling). Their first hit in 1962 for Harold B. Robinson’s Newtown label, I Sold My Heart To The Junkman, didn’t even feature their voices (it was performed by a Chicago group, The Starlets), but their Newtown followup charter Down The Aisle (Wedding Song) did the next year.

Patti rattled the rafters on the bravura You’ll Never Walk Alone and Danny Boy, both hits for the quartet in 1964 on Parkway. The group’s mid-‘60s stint on Atlantic was comparatively uneventful from a commercial standpoint, and Cindy split to replace Florence Ballard in The Supremes in 1967, leaving Patti, Nona, and Sarah a trio. It had been ages since they’d had a major hit by the time Wickham convinced a reluctant Patti to go the Labelle route in ‘71—a new image for a new decade.

Newly signed to Epic, the trio embarked for the Crescent City in 1974 to work with pianist/producer Toussaint, whose list of hit productions was endless. A ribald song about Creole hookers complete with an R-rated French-language phrase dominating the chorus, Lady Marmalade seemed an unlikely choice for an across-the-board chart-topper in early ‘75, but it turned out to be exactly that. Written by longtime 4 Seasons composer/producer Bob Crewe and singer Kenny Nolan, Lady Marmalade saw Labelle backed by The Meters’ Art Neville on organ, Leo Nocentelli on guitar, and George Porter, Jr. on bass, with New Orleans drummer Herman Ernest III rounding out the rhythm section. The anthem tore up the discos, whose denizens loved the glittery getups and onstage antics of the trio as much as their imaginative music.

Labelle scored a #8 R&B entry with their encore What Can I Do For You? and kept on charting to the end of the decade before Patti went solo, nailing a slew of her own smashes and a few big duets with Bobby Womack and Michael McDonald. Patti’s diva status remains unchallenged, as does her ongoing ability to draw huge audiences. 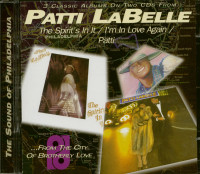