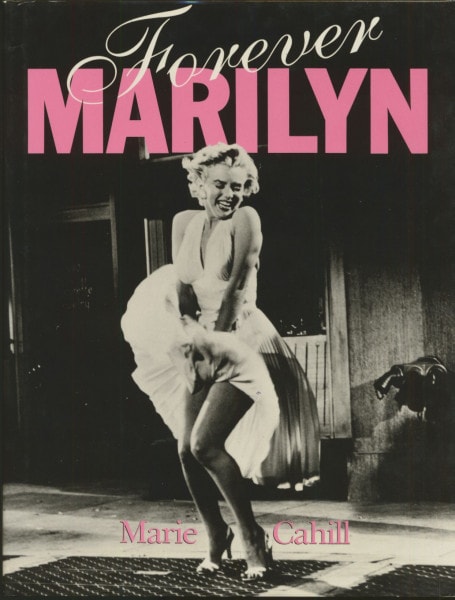 Marie Cahill
On June 1, 1926, Gladys Pearl Baker Mor-tensen gave birth to her third child, a daughter whom she named Norma Jeane. Gladys was not married and little Norma Jeane grew up never knowing—but always seeking—her father. The child was often without her mother as well, for Gladys could not care for Norma Jeane and left her with foster parents. When Norma Jeane was about six, she and her mother did live together briefly in a small white bungalow that Gladys had bought after years of scrimping and saving, but their time together was brief.

Gladys was plagued by mental illness and spent the rest of her life in and out of institutions, unable to care for Norma Jeane. At 16, to escape life in an orphanage, Norma Jeane married Jim Dougherty. By 20, she was divorced and on her way to Holly-wood... and stardom. Norma Jeane became Marilyn Monroe, one of the world's most glamorous movie stars, but deep inside she was still Norma Jeane, a tortured soul who only wanted to be loved. She sought solace in sleeping pills and champagne, but the combination was deadly.

On August 5, 1962, Marilyn Monroe was found dead of a drug overdose. Whether her death was an accident or a suicide will never be known. She died alone, still seeking the love and security she had been denied as a child. Almost 30 years after her death, the legacy of Marilyn Monroe persists. Innocent yet sen-suous, vulnerable yet strong, Marilyn Monroe had a unique magic that will live on forever.