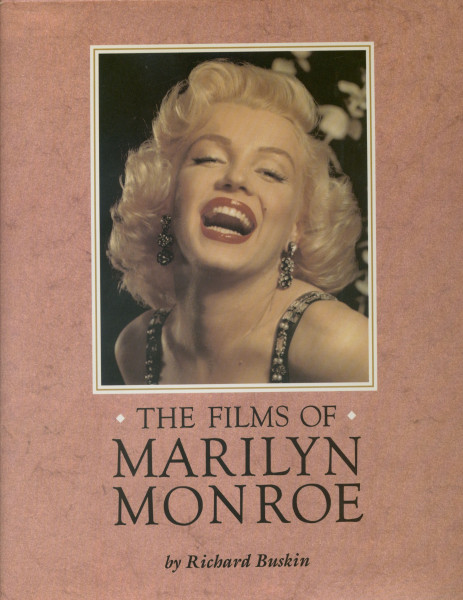 The Films of Marilyn Monroe by Richard Buskin
by Richard Buskin
Movie audiences tend to remember Marilyn Monroe as the ultimate sex symbol. The publicity surrounding her life and career flaunted this image; Hollywood producers exploited her sexuality because they wanted audiences to believe that she was in real life what she seemed to be on-screen. But, as The Films of Mari-lyn Monroe illustrates, she was more than just a sex symbol. She was also a gifted comedienne and an actress who worked hard to develop her dramatic skills and hone her natural talent.

This film-by-film chronicle of Mari-lyn's career features beautiful full-color movie stills and glamorous black-and-white publicity photos. Each film is doc-umented with a variety of photographs, including famous stills of Marilyn and her costars as well as unusual behind-the-scenes candids and wardrobe tests. Fans will enjoy the amusing, poignant, and insightful anecdotes about the produc-tion of each movie, while film buffs will appreciate the accurate plot synopses and the extensive cast and credit lists. The Films of Marilyn Monroe includes an extensive overview of the never-completed Something's Got to Give. High-lighting this in-depth overview are thought-provoking anecdotes by people who were there during the turbulent production of this ill-fated film—information that came to light only