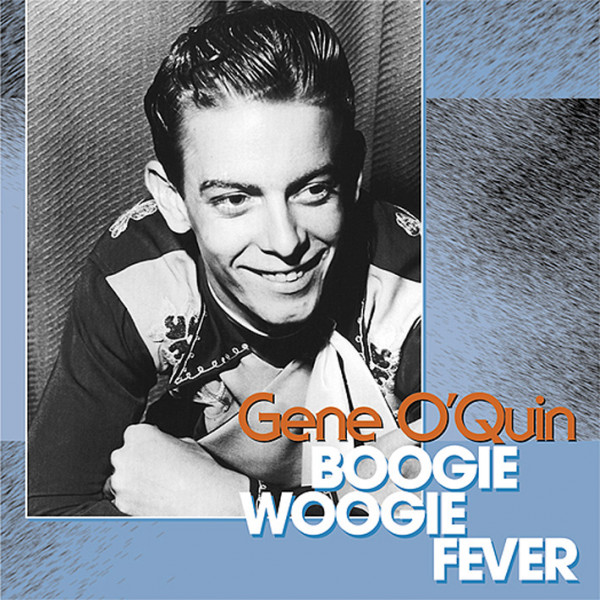 Erfahre mehr über Gene O'quin
Gene O'Quin was born in Dallas on September 9, 1932 and took to music at an early age. He was... mehr
Menü schließen
"Gene O'quin" 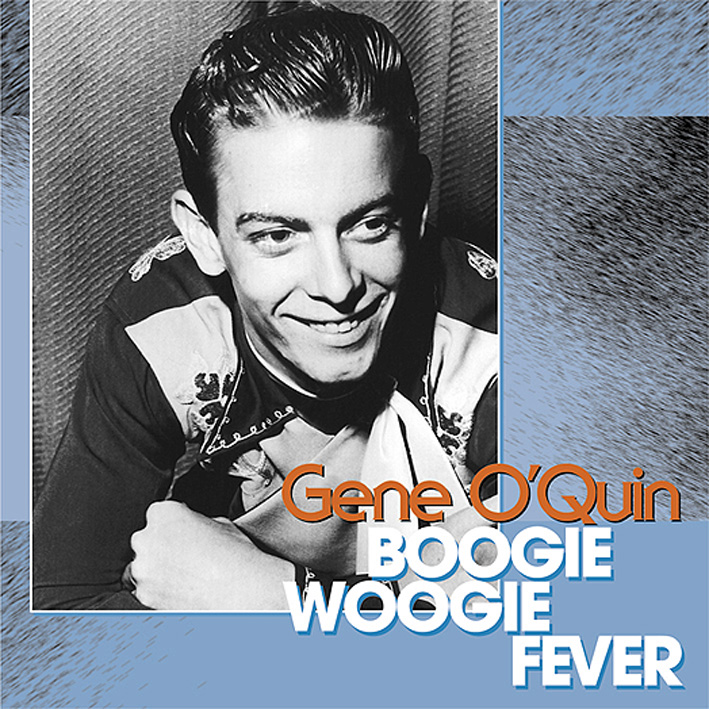 Gene O'Quin was born in Dallas on September 9, 1932 and took to music at an early age. He was the third and last child, behind Raymond and Rex, of Cleva and Marie O'Quin (He also had an older half-brother J.C., from his father's first marriage). He was inspired by both a vibrant local scene -- area radio stations boasted major label acts like Ernest Tubb, the Lightcrust Doughboys and Bill Boyd's Cowboy Ramblers, and countless less known singers and groups haunted area beer joints and clubs -- and by a musical family. Marie O'Quin told Phillip Tricker before her death that her father had played piano, violin and accordion, and that her aunt "had a real good voice -- she really could have been an opera singer, but she was married and they didn't go for that way back when." Older brother Rex began picking guitar in his teens, but Gene's closest influence may have been his mother. She commonly sang the popular songs she heard on the radio and recalled:

"I guess even before he could talk good he could carry a tune. My husband played the radio all the time and I liked to sing some. And he'd hear me sing those songs and he'd hum along -- He'd really learn to sing the songs before he could talk good. He'd go around singing...He'd say, 'Mother, why don't you go out there and sit on the porch in the rocking chair and sing?...I like to hear you sing.'"

Uninterested in formal musical education -- "he'd rather just play it his way" --- young Gene learned from his brother and from friends. "He had a friend who was taking [guitar] lessons," Marie told Phillip Tricker, "and the friend lived way over at the end of the Second Avenue [street] car line -- and, boy, that was way away from [where we lived]. And he would walk over to the boy's house every time after he had had a lesson, and would [get him] to show him what he'd learned."

Gene was small -- and irrepressible, a chancer from the start. "He was the smallest one, and so he had to fight. He said, 'I don't always win but I can run between their legs and I can outrun 'em all! Besides, I just tell 'em I got two big brothers.'...He would run off. I couldn't keep him at home." He spent a lot of time at a neighborhood movie house andwas particularly impressed by singing cowboy superstar Gene Autry.

When Rex O'Quin returned from postwar service, Gene's interest in music grew. He tagged along with guitar-picker Rex and also met other aspiring young musicians like Orval 'Boots' Borquin. The O'Quin house was a popular stop for these youngsters and Boots was only one of the many cohorts that Gene would bring by. "I was her son, too," Borquin jokes, and Marie O'Quin added, "They were all mine...My husband, when I'd start to the store, he'd say, 'You'd better bring a whole lot of stuff...you know he'll bring somebody with him. I'll fix a little extra' -- he cooked at the Olympic Grill and a bunch of them, the Hilton Hotel. He would fix real good stuff and I'd make the desserts...We'd sit down and start to eat -- and here they'd come: 1, 2, 3, 4, 5, 6, 7, 8."

The O'Quin brothers, Borquin and others began picking whenever and wherever they got the chance and Gene's talent and personality were obviously several steps above the others. At one point when Gene was about fourteen, Marie O'Quin was livid when her son didn't return from his usual late Saturday night movie at the Texas Theater. Finally, he came home with an older neighbor, who explained that he had taken Gene to a country nite club called the Red Barn, where Gene had sung for tips. "It was the lowest dive in town -- oh it was terrible. And I said, 'Do you mean to tell me you took Gene to a place like that? Don't you know how young Gene is?' But Charley said, 'You know, I'd like to be his manager. I'd like to put Gene in business, 'cause, you know, he made eight dollars tonight!'”

"The kid could sing," Boots Borquin added. "The beauty of it is, he could magnify that to people -- he knew what they wanted to hear."

Although the clubs and joints were dominated by dance bands -- from 'Three-chord Willie' honky-tonk combos to top-notch western swing, and all points in-between -- the focal point for Dallas' more decidedly hillbilly scene in the postwar years became Ed McLemore's wrestling arena, the Sportatorium, which as early as 1946 became the scene of a very popular Saturday night Grand Ole Opry-styled barn dance featuring men like Bill and Joe Callahan and Bob Shelton. By 1947 part of the show was being broadcast as the Lone Star Jamboree on WFAA, spearheaded by McLemore and local deejay Al Turner. The show became the Big D Jamboree when it moved to KRLD in 1948.

Gene became one of the Jamboree's earliest and biggest stars. ...