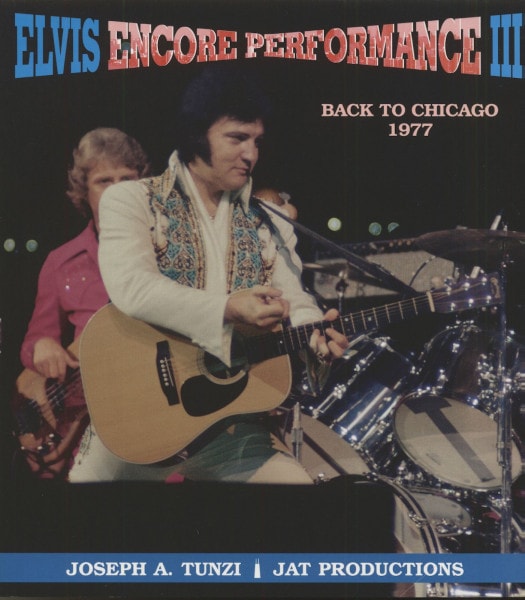 Foreword
JAT Publications has produced many photo journals on Elvis with the introductions being written by either a musician or someone associated with Elvis. I am neither. l have never produced an Elvis record, wrote a song for him, nor have I been the recipient of a Cadillac, but I do represent a part of Elvis legacy that he had a true affection for - the loyal fan. I, like the millions of you who buy books like Joe's, anxiously await the latest CD release, browse through bookstores for any new Elvis book, will tune in to an Elvis movie or concert whenever one is shown on TV, know the lyrics to most of Elvis' songs, listen to the oldies station for Elvis songs we have probably heard a thousand times, can hear the slightest chord changes or inflections in Elvis' voice on an alternate take, can look at a thousand pictures and find the one that has never been seen before, and when at Graceland, will turn off the tape recorder, take the tour at leisure, and wonder what Elvis would be recording in 1999 and who he would be recording with.

For over twenty years, Elvis played many of our hometowns, leaving those who lived there with very special memories. It just so happens that Chicago has been the recipient of some of those memories left by an Elvis concert. What follows are my memories, in a sort of historical way, paralleling the life of Elvis as he recorded, passed through, and found lifelong friends in the city of Chicago.

I would first like to thank Joe for giving me the honor and privilege of writing this foreword and conclusion for a musical legend who not only left an indelible mark in the history of recorded music, but who left his own distinct mark on the Chicago area and on its concert stage.

During the many years of Elvis Presley's illustrious career, he traveled over hundreds of thousands of miles both in the United States and abroad. Cities and countries such as Las Vegas, Germany, Nashville, Memphis, and Hawaii are just some of the places that have become synonymous with the Legend of Elvis Presley. This city of "Big Shoulders," Chicago, is a city that could be added and stand very comfortably in this list, having become synonymous with Elvis not only because of the major events in Elvis' life that have happened in "Chi-Town," but also because of the significant associates in Elvis' life who have called Chicago their hometown.

Chicago's association with the King began when the Colonel hired two Chicagoans, Al Divorin and Tom Diskin, who would later become among the Colonel's most trusted confidants. In 1958, another Chicagoan, Elvis' right-hand man, Joe Esposito, found his way into Elvis' most trusted inner circle of friends, known as the "Memphis Mafia," when they met in the army.

On April 30, 1957, Elvis walked into Radio Recorders studio in Hollywood to record "Jailhouse Rock," a song from the critically acclaimed motion picture. It would be the third song that year to top the Billboard Pop, Country, and Rhythm and Blues charts. "Jailhouse Rock" would also become the staggering fifth and final triple crown recording of Elvis' career...